At 5am the armistice treaty between the Allies and Germany was agreed and signed in a railway carriage in Compiegne Forest in France on November 11 1918. It was to come into effect at 11am and marked the end of the First World War on the Western Front.

In the UK the main observance is on the second Sunday of November although two minutes’ silence is observed on 11 November itself. This year the days coincide.

Ceremonies are held at War Memorials throughout the land, usually organised by local branches of the Royal British leigon – an association for ex-servicemen. Typically, poppy wreaths are laid by representatives of the Crown, the armed forces, and local civic leaders, as well as by local organisations including the Royal British leigon, ex-servicemen organisations, cadet forces, the Scouts, Guides, Boys’ Brigade, St John Ambulance and the Salvation Army. “The Last Post” is played by a trumpeter or bugler, and two minutes’ silence is observed and then broken by a trumpeter playing “Reveille”.

A minute’s or two minutes’ silence is also frequently incorporated into church services, and even everyday locations such as supermarkets and banks may invite their customers and staff to fall silent at 11am

In all wars it is the young folk who are sacrificed as ‘Cannon Fodder’ while the Generals and World Leaders pontificate from comfortable warm bunkers well away from danger. 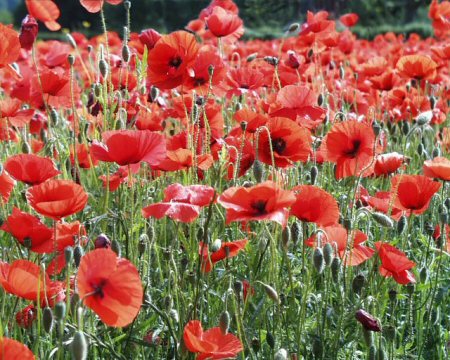 Today as you hear a bell toll, take a look around you and focus on a young man of eighteen or nineteen years of age. Ok, so he might be a ‘hoodie’ but he is alive, imagine the life being snuffed out of him never to be seen or heard from again. In WW1 a whole generation of young men were lost (war was a man thing back then); many of them were not yet out of their teens.

While you are thinking of the young men, remember all the young women waiting back home working the farms, the factories, the shops and dealing with all the everyday matters of living. For some no young man returned and for others the men who survived were unrecognisable because of injury, shell shock or were shattered in spirit by horrendous recurring nightmares. For some fortunate to have a husband return healthy in mind and body, it might mean giving up a new found independence and a return to being the ‘little woman’ in the kitchen.