Yesterday I tried to answer a few questions. With one of my answers I gave away a snippet from my past. Mention was made of the good old days of Radio Luxembourg. The DJ who joined us for Christmas 1971 in Wiesbaden was Bob Stewart. The stories he told certainly made us laugh and the time passed in a flash. Alas, he had to leave us early on Boxing Day to drive back and open up the Station at 6pm. A tuck box was filled with tasty goodies and there was a special request for some of my Christmas pudding. (I plan to include it for a Food Monday in the autumn.) 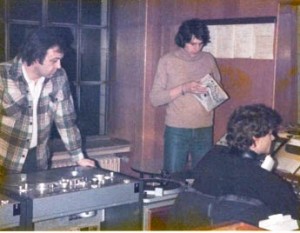 In the picture above is Bob Stewart on the left with Mark Wesley and Peter Powell. I think it is from around 1977. The one below of Bob is how I like to remember him. 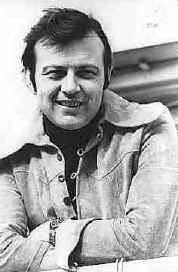 So what were we listening to all those years ago?

Ernie the Fastest Milkman in the West, Sung by Benny Hill was the No.1 for several weeksaround that Christmas.

2. You’ve got your troubles Fortunes (Decca)

3. We gotta get out of this place Animals (Columbia)

5. Catches if you can Dave Clark Five (Columbia)

7. There but for fortune Joan Baez (Fontana)

9. With these hands Tom Jones (Decca)

11. In the middle of nowhere Dusty Springfield (Philips)

17. A walk in the black forest Horst Jankowski (Mercury)

18. Too many rivers Brenda Lee (Brunswick)

And almost a year later:

8. When A Man Loves A Woman Percy Sledge (Atlantic)

13. Over Under Sideways Down Yardbirds (Columbia)

18. Get Away Georgie Fame (Columbia)

So how many of these do you remember?