On Saturday I did something new. A FIRST for me. I wormed my way into a Photo walk. I was aware of several going on in Dublin over the past few months, but unfortunately I was never able to attend. Then I heard of one in Belfast….

Following my attempts at photo walking on my own I was given plenty of encouragement to join the boys! So for the second day in a row I was to be found here

I was looking for Toyboys sporting cameras. I wore out the grass walking around the statue of Queen Victoria. Plenty of guys, all with bags but not a camera in sight. Not to be outdone I walked up to a group and said “Are you here for the photo walk”? They smiled politely and said yes. I told them who I was and the smiles grew and I was made very welcome. The group grew and I nearly lost count, now let me see… there was Adam, Andy, Phil, Scott and Stepbar. Oops! That makes five.. Grannymar is losing her touch because there were eight Toyboys. My apologies to those whose names I have missed. 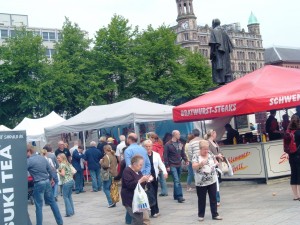 The Continental Fair was in progress again on Saturday so we started there. When we satisfied ourselves with pictures and food the idea was to move on to the Botanic/Queen’s University area, alas the walk that far was outside my energy span so I said my farewells and headed home satisfied with my first effort to be a Flickerer! 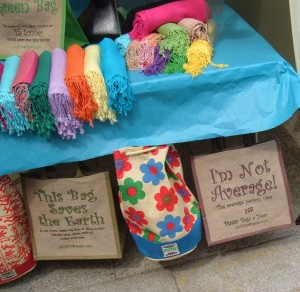