We had a couple of days with some good weather this week so I took myself off on Friday for a couple of hours of retail therapy window shopping, browsing and some well needed exercise. There was an eerie feeling about the place not because I was almost accosted by a witch in the first shop I entered to inform me of the bargains. Yes, a witch in full costume and a large pointy hat! There was only one other customer in the premises for the duration and besides the ‘witch two other members of staff approached me to say “There is another 30% off everything in the store”!

Not seeing anything I liked or needed, I moved on to the next shop. Again some of the staff seemed in party mood or at least party dress and only a handful of customers were about the store – more browsing than shopping. It all had a feeling of late January, about a week before pay cheques were due, when people were tired of the self enforced abstinence from shops and spending. It was Hallowe’en, mid-term break from schools and in previous years, time for the early birds to make a start on Christmas shopping. 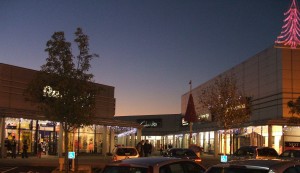 I did see a lovely lined tailored waistcoat in the third shop and the ticket said £35. There were about eight of them on the rack in various sizes. All but my size had a red square sticker over the top of the hanger announcing a further reduction. Knowing that I would get good mileage with the waistcoat I took it to the pay desk. The girl scanned it for me and true enough it was reduced to just £7, I had checked it well and there were no flaws so I bought it. 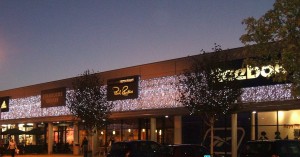 In another store there were several women of my vintage looking at overcoats. One lady had a beautiful coat on and she was walking up and down. The assistant was pushing hard to sell it by telling her how much it suited her; I wanted to scream! The coat would have looked well on me ( I had no interest in buying it), I was at least eight inches taller, a slimmer build and thanks to my mother’s bony pointed finger poked in my back on a regular basis to remind me to stand up straight, could carry it off. The little lady now sporting it was a victim of middle age spread, she was not fat but a little plumper in build. The coat fit where it hit! Alas around her waist it sat at the back like a concertina and she was unable to see it. The friend she had with her was not much help either! I hovered for a few minutes and realised that the woman wanted it to fit, indeed she willed it to fit, so I bit my tongue and went on my way. That is why I like to shop for clothes when on my own.

As I walked close by a line of pay desks in another store a young lady ran quickly past me. At this stage it was late afternoon. She had a small package in her hand, but I was more distracted by her outfit. Her dress was Red, the neckline low and the skirt was short indeed very short and I could see the top of her black fishnet stockings. Ah ha! I thought she must be off to a hen party. Then I thought it was a little early in the day for that. She made her purchase and ran from the shop. It was at this stage I realised that all the while I had the camera in my pocket. What a waste of opportunity.

Working my way back to the car park I made one more stop, I could do with some new slippers. Working my way through the isles in the foot-ware store to where I would find my shoe size, who should greet me and ask if I needed help but the ‘Lady in Red’. This time the fishnets were replaced with plain black tights. I discovered the young lady was called Cora and she was also part of the Fancy dress brigade. The whole centre was involved in a week long party with staff encouraged to wear fancy dress. Not everyone went along with the idea but those that did seemed to enjoy the event. Cora said that her outfit seemed fine at home but wearing hold-up stockings when you are not used to them was not a good idea for work. She agreed to having her photo taken and here she is: 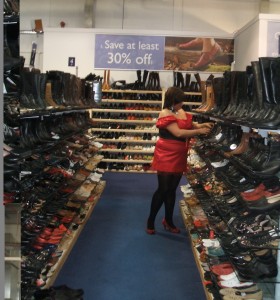 Thank you Cora, you brightened my day!