Belfast’s Waterfront Hall was designed by local architects Robinson McIlwaine and opened in 1997.  It cost £32 million and it took five years from the design & planning stage to the completion of the building.  The building is glass fronted, circular and at night appears to float on the River Lagan. Facilities include a main auditorium, BT Studio, 16 meeting rooms, two bar areas and a restaurant. 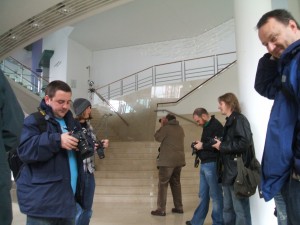 On Saturday I joined these ruffians handsome gents who are all members of the Belfast Flickr Group for a private tour of the building.  Once again our special thanks must go to Andy for organising the day and to Adam for his patience as camera lenses were poked in every nook and cranny from the rafters to the basement.  It was the same wonderful Adam who only two months previously had herded an even larger group round The Ulster Hall

I have visited The Waterfront (as we call it locally) on many occasions and usually the concourses are filled with the sound of chatter, laughter and expectation, while in the main auditorium the audience settles into a hushed silence of anticipation before a show begins.

Yesterday it looked like we almost had the place to ourselves. 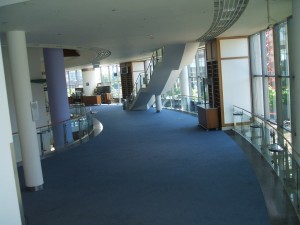 While floors below in the bowels of the basement:- 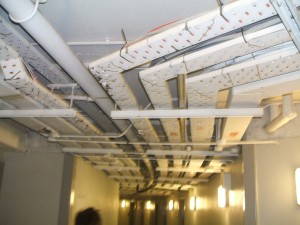 Miles of cables provide power and stores sit waiting for use…. 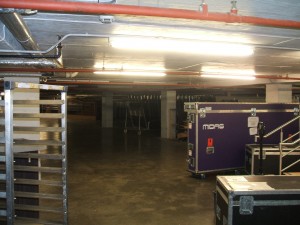 We moved through offices, passed sound and lighting boards 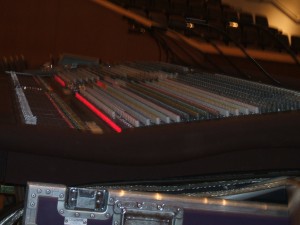 to the area way above the world of Theatre. 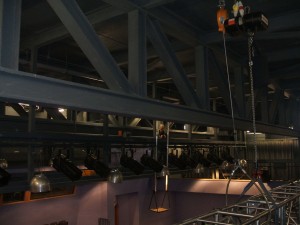 I felt a litte like the famous Phantom.  We looked down at the auditorium as it was prepared for the evening show. 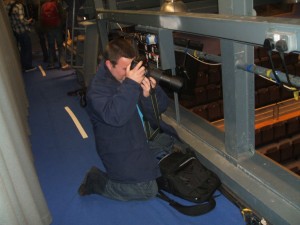 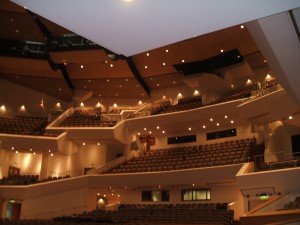 An finally looking out from the inside. 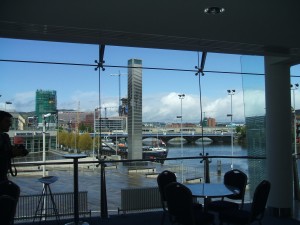 And on the otherside 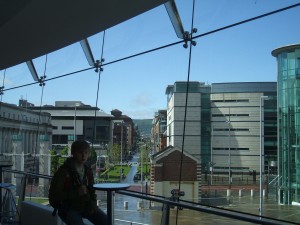 My photos may not be as perfect as those of the Big Boys, but they tell a story and give the flavour of the day and place.  I hope you enjoyed the tour.