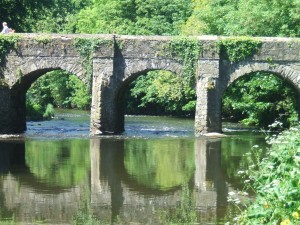 The water on this side of the bridge was like glass, but it held a surprise as I looked down from on top of the bridge. 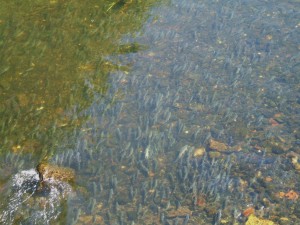 Dollaghan, a Trout which behaves in a similar way to a Sea Trout but instead of going to sea it runs to Lough Neagh which is the largest freshwater lake in the UK, covering 153 sq miles (400 sq km).  Because of damage to the fishery due to pollution in June 2008, fishing is ‘catch and release’ only until September 2009.

I was unable to photograph the bridge from the other side due to the trees, so I went back to a previous visit for this view.  I think it was March 2005. 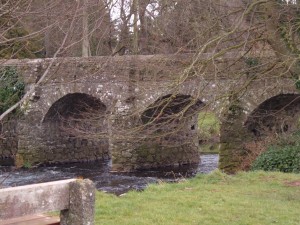 UPDATE: You will see from the comments below that I have been misinformed about the fish in the second photograph.  Rollcaster is a long time angler with over 35 years experience angling on the sixmile water.  He has sent me a photo of a dollaghan weighing about three and half pounds which he caught on 17th July 2010, this fish was returned alive to the river to carry on upstream and hopefully spawn. 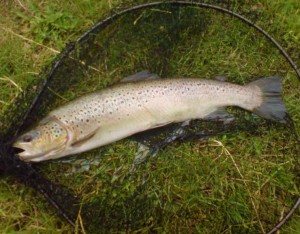 A dollaghan caught in the Six Mile River