The other day Ramana wrote about his favourite chair.  In the post not alone did we see photos of it, we also saw a picture of the younger man and his beautiful late wife Urmeela.  We learned a little more about their life together as well as the history of the piece of furniture.

In true Ramana fashion, he threw down the gauntlet and asked if we had a favourite piece of furniture to show & share….

My special treasure has shapely legs…

It was purchased as a gift before I was even a gleam in my father’s eye.  It was a gift for a woman.  A woman I never had the opportunity to meet.  The fact that she loved and cared for it was enough for me.  It may be my treasure at the moment, but I am really a temporary guardian until the day when I pass it on to the next generation.

It arrived into its first home in several pieces and when put together there were no nails needed.  Wooden dowels were the means of locking the sections together. 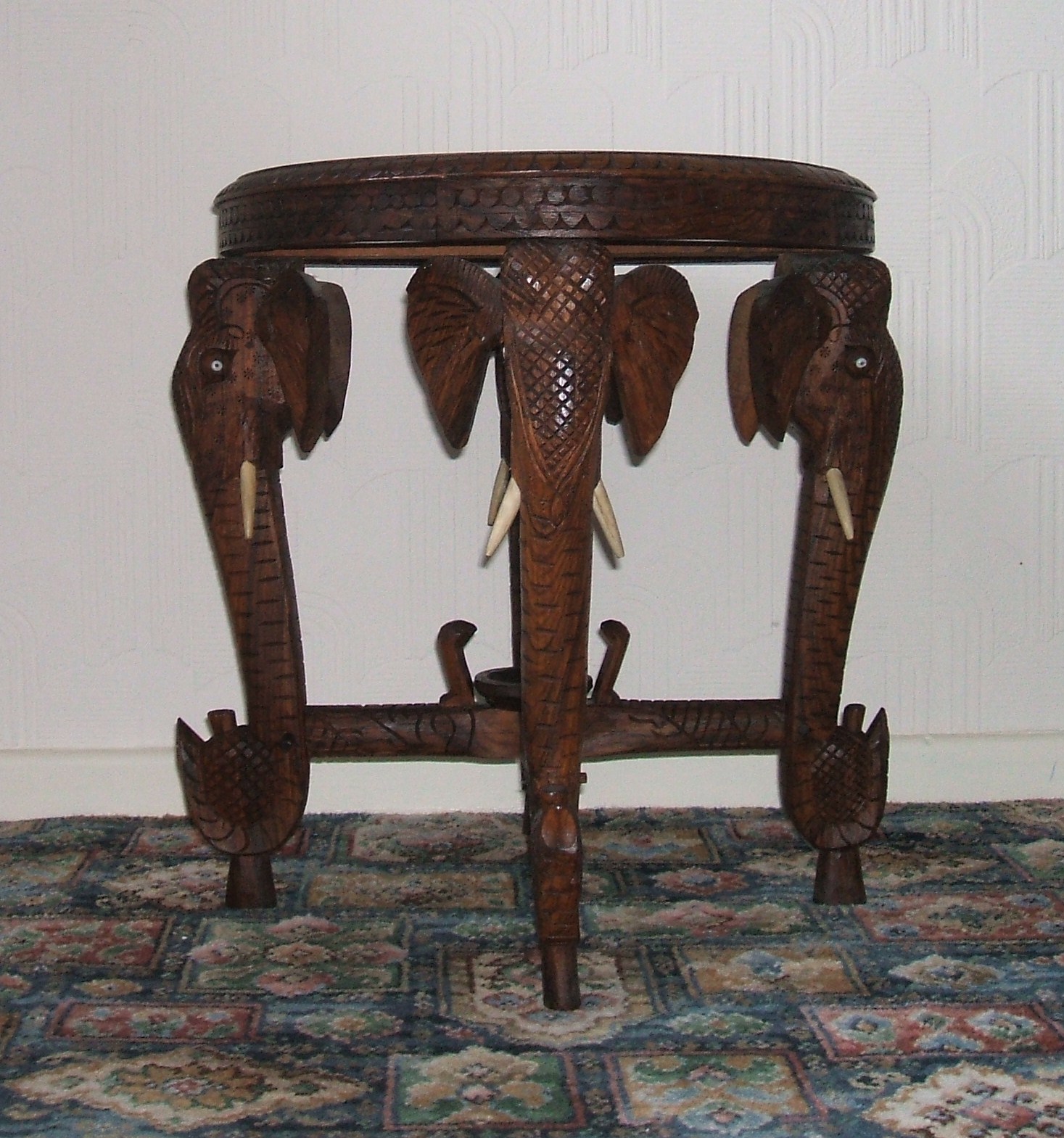 Alas, one of my predecessors  was not over fond of the table and made it the home for an indoor plant that was housed in a heavy black metal three legged pot, the type used in Ireland for cooking on open fires many generations earlier.  The legs of the pot caused irreparable damage to the inlaid Ivory on the table top. 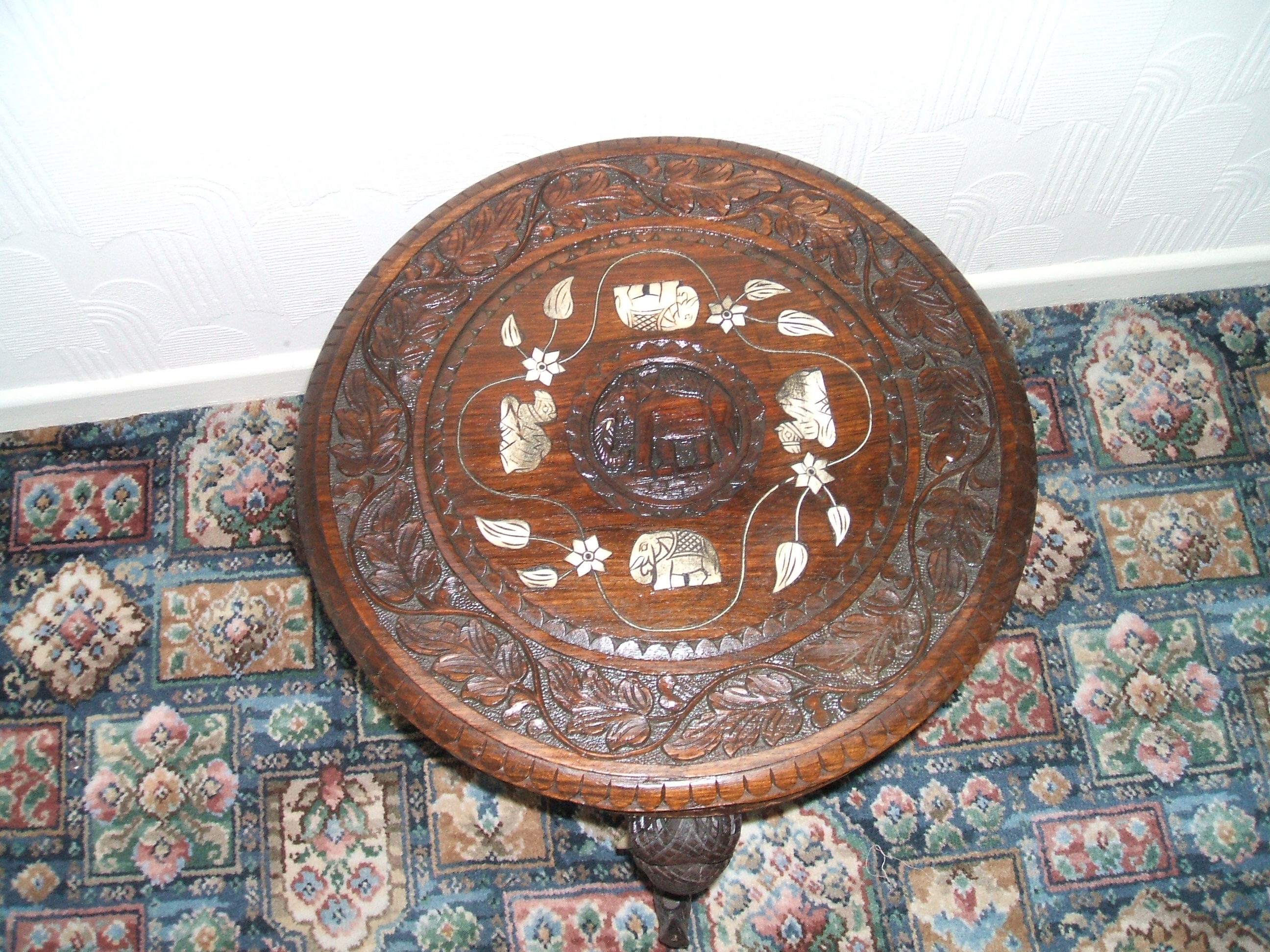 The weight was in the table top which was all one piece.  The legs were attached to the underside of the top and to four connecting cross bars with a central decoration like a little wooden dish. At the edge of this dish were four shapes that look like snake heads.

Is that a pineapple sitting in the end of the trunk? 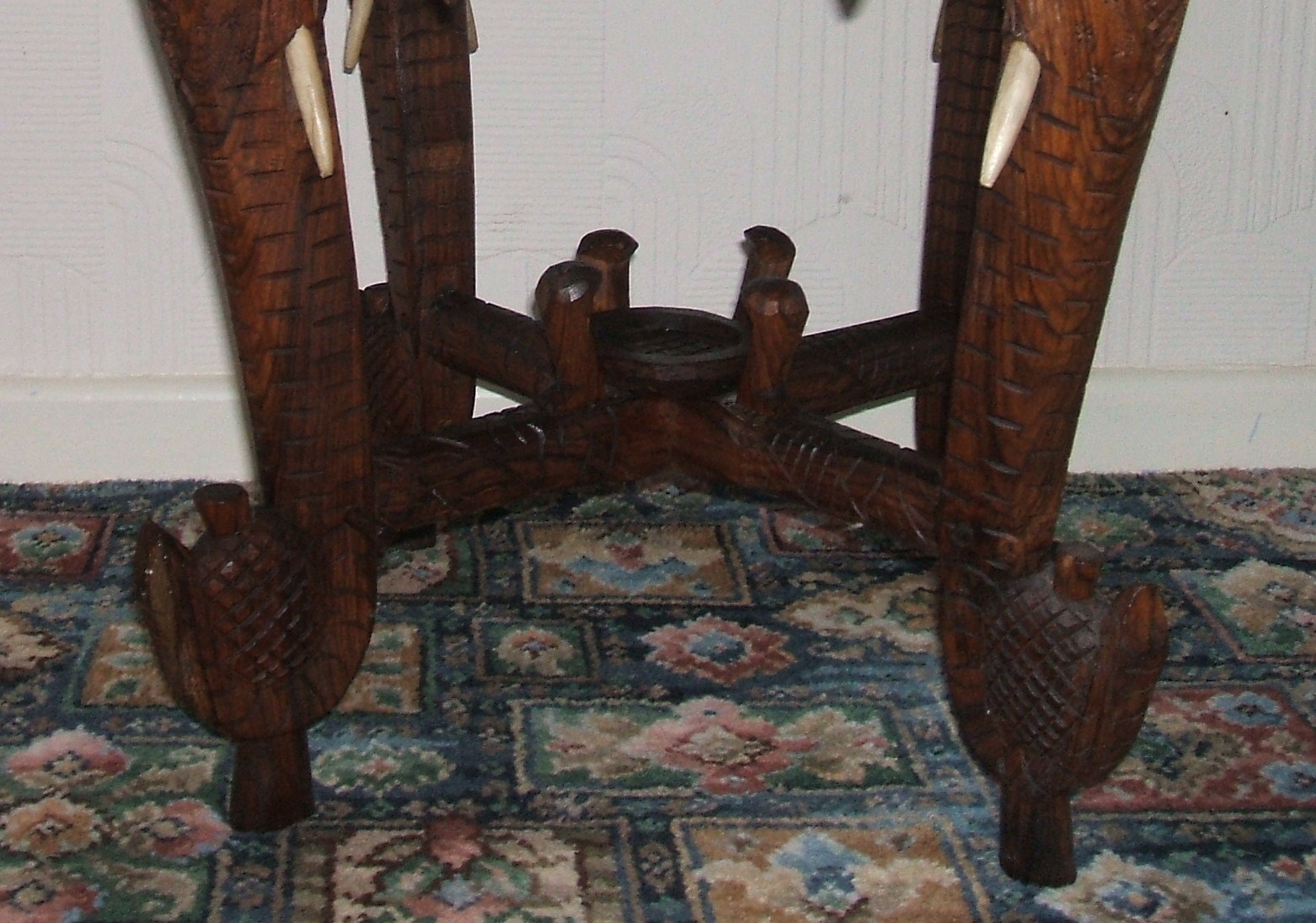 A little detail of the ivory: 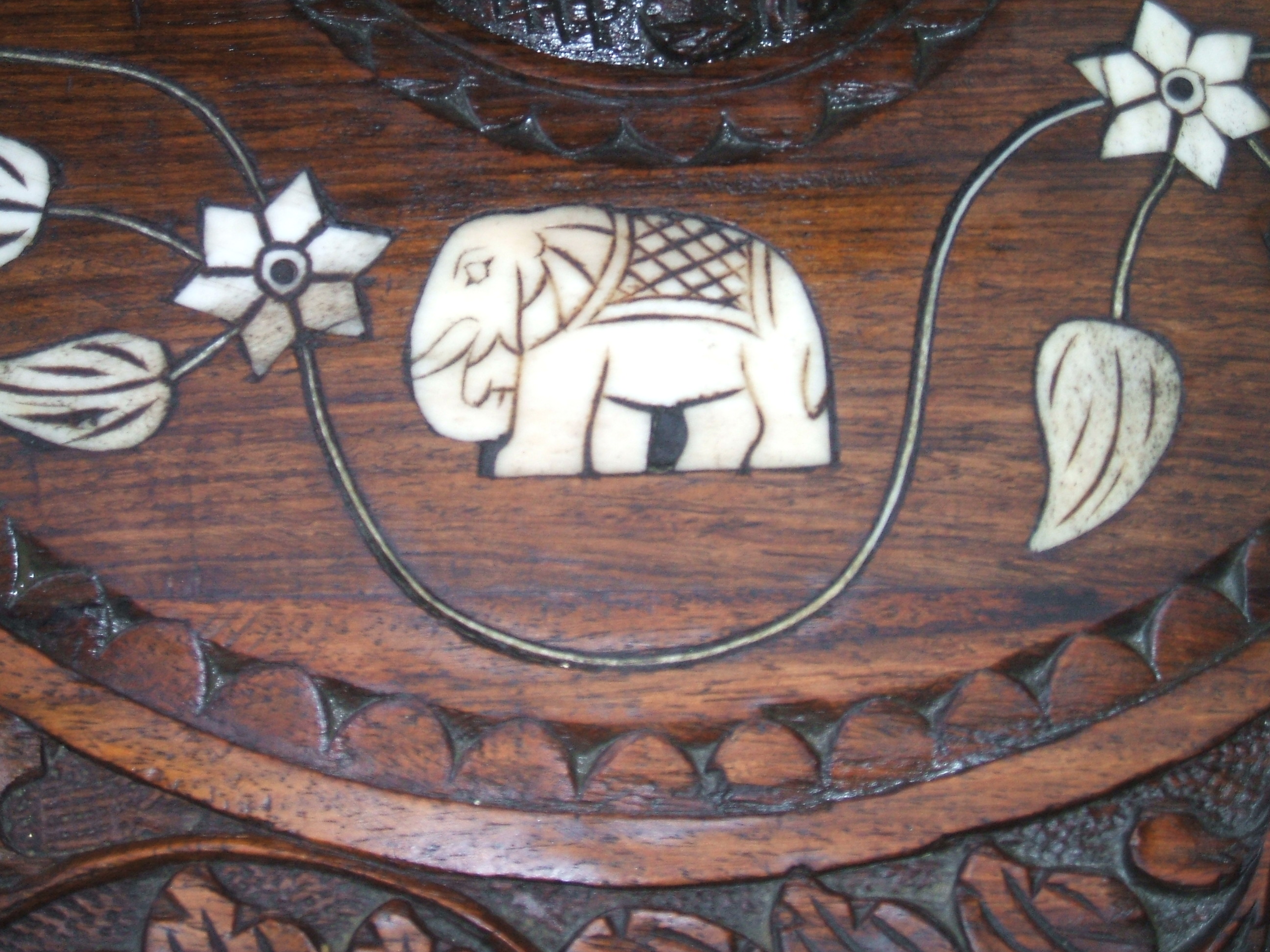 The table was purchased by Jack during his war time service in India, before he moved on to Burma.  He had it sent home to his beloved mother in the North East of England.  I am sure that when the parcel arrived it was rather a shock, firstly to receive such a gift but it would also be an indication for his parents as to what country he was in.  Back then letters home were not alone very slow, but censored and no mention of where the sender was stationed was allowed.  Unlike today, where those at war have mobile phone and email access with their families, back then families did not know where their loved ones were.

Jack told me a story once in the wee small hours of the morning, when the ghosts of torment and nightmares wander achingly through the dark, that his mother sat up in bed one night and shouted to his father “Something has happened Our john!”.  The story was confirmed at a later stage by his aunt who also added that on that night Clara’s (Jack’s mother) hair turned white.  It was months before they were told that he was injured and back in hospital in Lincolnshire, England many miles away from home.