Nursing is a very difficult career.

I don’t think I would have the patience for it. 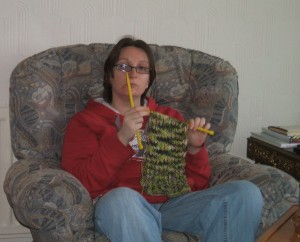 You have to keep checking if the patient is wiggling her toes! 😉 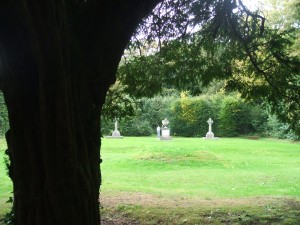 Play hide and seek to keep the patient active. 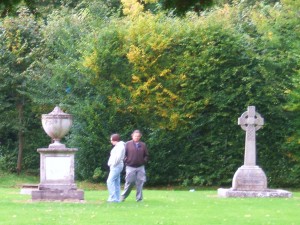 Plot about the style of headstone to use. 🙁  These are in the Pet Cemetery at Antrim Castle/Clotworthy House. 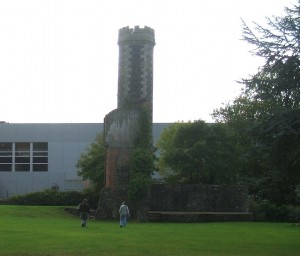 Run away and see if the patient will follow, curiosity killed the cat and all that….

The tower is all that remains of Antrim castle, the building in the background in Antrim Forum. 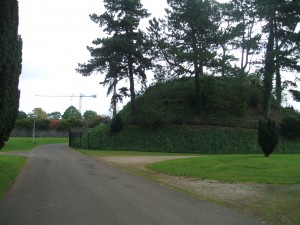 The Motte was transformed into a magnificent “viewing mount” in the early 18th Century with a corkscrew path lined on the outside with a yew hedge.  Elly remembers climbing to the summit when she was younger, but now it is fenced in and only accessible upon request.

So I had my photowalk!  I kept to the paths and let the ‘children’ roam free.  When I had enough I took the keys and headed back to the car, leaving the staff the opportunity to walk at Nurse Hitler speed along the river Six Mile Water to the shores of Lough Neagh.

I only told Elly yesterday what happened when I reached the car.  I was walking on two crutches remember…. I dropped the keys!

Looking about there were plenty of cars but not a soul in sight.  I remembered the lesson my brother taught me:-

“You may not be allowed to bend more than 90° to touch the ground, but you can always stretch your leg out behind you”.

I set one crutch between the wing mirror and the body of the car.  Then using the other one for support, I bent forward with the operated leg out behind me and picked up the keys.  I had this manoeuvre well practised at home before I went for surgery.

When the rosy cheeked young lovers returned I was well settled in the car and ready for home.

19 thoughts on “Nursing on a Sunday”