Working with the same shell as last week I chose another view.  This time from the side. 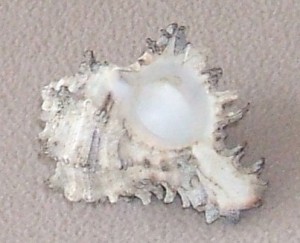 Again the objective was to make a container.  While clearing up after a session of baking buns for school, I played with the empty tube that had held ‘hundreds and thousands’, it was tube shaped and would make a doll sized Umbrella stand – my craft work was never far from my mind! 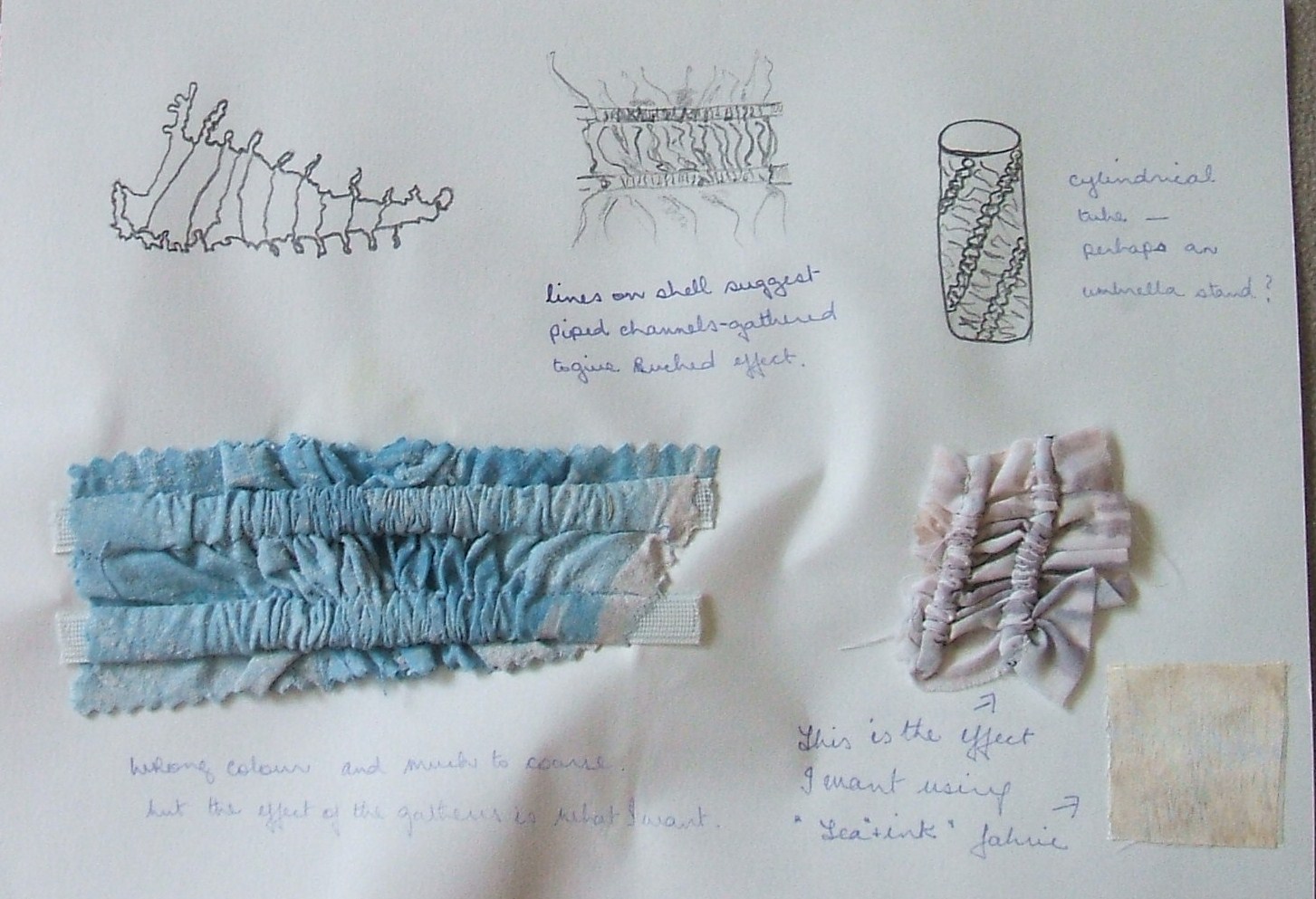 I took one section of the shell this tine and it reminded me of gathered or rushed fabric.  I tried several fabrics and piping to form channels, only two are shown above.  The blue was a coarser fabric and I used boning in the channels, the effect was good but not what I had in mind. 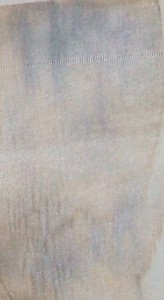 This sample of fabric was part of a large experiment using various household substances as a dye.  Parts of that experiment will appear again in the next few months with amazingly different results.  The fabric here was a light weight polyester satin, steeped in a weak cold ink tea and left to dry. 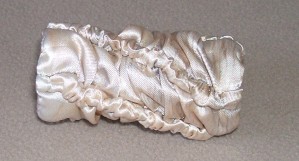 The umbrella stand on its side to show the similarity to the lines of the shell above. 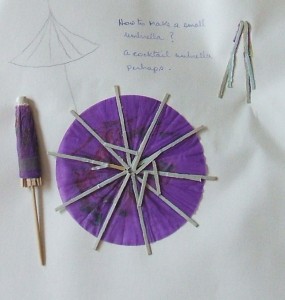 I took a cocktail umbrella apart very carefully and used as a pattern. 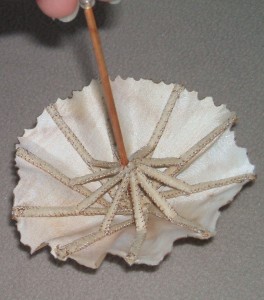 Using the same fabric I cut the circle for the umbrella and used the struts from the cocktail umbrella which I covered in fine felt and hand stitched.  A wooden skewer was cut to length and glass beads were added at each end to finish it off.  The fabric was then stitched in place and trimmed using a warm soldering iron to seal the edge and prevent fraying. 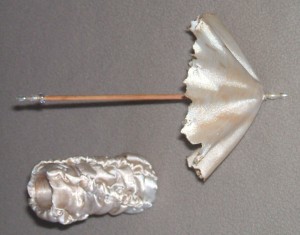 The finished product was more like a parasol than an umbrella but I loved it and the fact that I had the scale a little wrong never worried me. 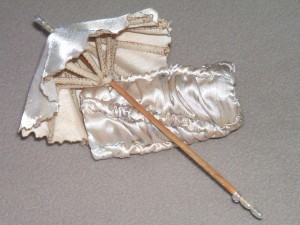