This week Anu, Ashok, Conrad, Gaelikaa, Ginger, Judy, Magpie 11, Maria, Ramana and I, all part of the Loose Blogging consortium (Helen is on sabbatical & Ashok might be otherwise engaged right now) once more dip our pens as we prepare our offering on the topic for the week, chosen today by Magpie 11.

The room had a wide bay window that overlooked the garden, a large tree that blossomed in springtime stood inside the boundary and acted as a shield from the road and traffic beyond.  The fashion at the time was to dress the windows in lace curtains.  They acted as a modesty cover without reducing the daylight.  When the lights were switched on it was possible to see into the room from across the street or from the top deck of a bus.  Lace curtains needed laundering several times a year.

This was high summer, not glorious scorching hot summer, but high summer never the less.  The days were sultry and the natives restless.  Boredom was setting in.  The novelty of the long school holiday had worn off after the first week.  Tasks were needed to provide distraction, so the room was cleared first thing on Monday morning, lace curtains set to steep and the dust sheets spread over every immovable surface.

Three times as the emulsion was stirred and divided into two buckets, mammy noticed there were several visits made to look through the window.  By the chat she realised that the local young lovelies were sauntering up the street.  What goes up must come down, so at this rate the room would take forever to decorate and mammy did not have the time to stand around all day cracking her whip.  Not one to be beaten easily, she had an idea! She covered the glass with a thick layer of Windowlene – when the room was decorated, all she had to do was polish off the Windowlene and the windows would sparkle.  Bingo!  That was before we heard of the wonders of vinegar,

Setting the boys to work in opposite corners she stayed until happy and satisfied they knew what they were expected to do, then she headed off to rescue the curtains.  Checking back at intervals and with the initial “You missed a bit there!” or “Do that bit again.”  They soon copped on to the fact that it was easier to do things properly the first time, and settled into a steady rhythm.

The small fly windows were open for air and naturally the sounds from the avenue filtered in…. the cars, motorcycles, buses and the odd lorry.  Birdsong too, and the human voices of women greeting each other as they went to and fro to the shops or to catch a bus.  There were unmistakable girlish giggles as the young lovelies in short skirts made they way to play tennis.  Now what young man can ignore the girlish giggles?  Not my brothers!

They tried peeping out the fly windows, but they were the wrong angle.  Tell a guy he cannot do or have something and it only makes him more determined…. The brothers thought about it….. for about half a minute!

They had an idea! Pressing a forefinger against the glass and rubbing it in a small circle they had a spy hole to watch the passing talent unnoticed.  They took it in turns to keep up to date on what was going on in the outside world.  The work progressed slowly and as the afternoon passed they became rather bored, back they went to the window, but the world outside was quiet.

Idle hands and all that… itchy fingers were drawn to the obscure glass before them, they saw it as a clean canvas waiting for their handiwork.  Yet again they had an idea.  Write a message!  They realised that to be read from the street they would need to put the letters in the reverse order.  Now what would they say?

One brother moved to the right hand side and at a 45° angle he placed two words.  Meanwhile his accomplice matched him with two words on the left.  Then they moved to the large expanse of glass underneath…  Three words.  Just three words in large print right across the pane! They laughed enjoying their handiwork, and satisfied that the work was complete they returned to the last few strokes of the task they were sent to do.  The form was upbeat now and they quickly finished.  The aroma of dinner was wafting through the house and it would soon be dinnertime.  Suddenly they were hungry and eager to clean the brushes and clean up ready for the evenings entertainment.

At that stage of my life I was working, and heading home tired and hungry from my days toil.  About to cross the avenue with my door key in my hand, I glanced up at the window.  I did a double take and inwardly flamed!  My steps quickened and once the door was open I mounted the stairs two steps at a time.  The fire in my head matched the colour of my locks.  As I reached the landing the call of nature interrupted my thoughts and I changed direction.

While sitting on the throne, I had time to contemplate.  Charge in there and cause a fuss, the message might be cleared, but knowing the minds of my siblings, it would be replaced with worse on the morrow.  I decided to ignore the message, pretend I never saw it.  Nobody said anything… not even mammy!

Life continued as normal.  The worker bees left in the morning and returned in the evening.  Food was prepared, cooked and eaten.  The chat at the table was as lively as normal, issues of the day were discussed and the films and TV programmes reviewed.  Permission was sought and sometimes given for a late pass, but only when details of the usual ‘Who, What, When and Where’ were furnished satisfactorily.

On Friday evening the worker bees returned to the hive happy in the knowledge that they were free for two days.  Daddy arrived last of all.  He was angry.  When he was serious and glum, his tall dark frame made him seem intimidating.  He went straight to the kitchen.  Uh oh!  That was a no no for him, he never went into the kitchen…

“Did you see that window missus?” he fumed

“Have you not been home since Monday?” was mammy’s quick return.

“Who put that there?” he queried.

“The lads when they were decorating.” she answered as she dished up the dinner.

“Why did you not clean it off?” he asked looking at me.

“I thought about it on Monday” I answered adding “But if I had done so, they would have won!”

“Well, see to it that they clean it off tonight” he growled and he turned on his heel and headed for the dinner table.

I suppose you want to know what they had written?

I hope the guy does not go this far! 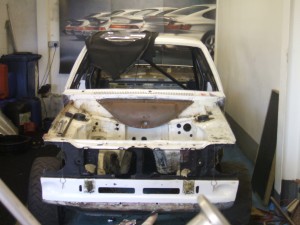 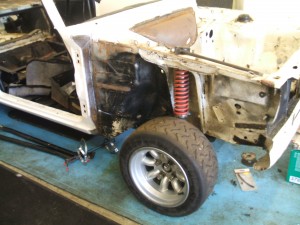 I’m hoping it will be all systems go in time for a good read at 3pm GMT, see you then