For The Fallen Was composed by Laurence Binyon while sitting on the cliffs between Pentire Point and The Rumps in north Cornwall, UK in 1914.

The poem honoured the World War I British war dead of that time and in particular the British Expeditionary Force, which had by then already had high casualty rates on the developing Western Front. The poem was published when the Battle of the Marne was foremost in people’s minds. 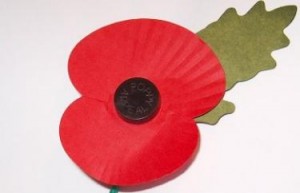 Over time, the third and fourth stanzas of the poem (although often just the fourth) were claimed as a tribute to all casualties of war, regardless of state.

They went with songs to the battle, they were young.
Straight of limb, true of eyes, steady and aglow.
They were staunch to the end against odds uncounted,
They fell with their faces to the foe.

They shall grow not old, as we that are left grow old:
Age shall not weary them, nor the years condemn.
At the going down of the sun and in the morning,
We will remember them.

But do we learn?
Still allowing our young to be shattered and torn
In fields and skies, on the ground or under it
All because of our greed.

The young couple invited their elderly pastor for Sunday dinner.

While they were in the kitchen preparing the meal, the minister asked their son what they were having.

“Goat?” replied the startled man of the cloth, “Are you sure about that?”

“I heard Dad say to Mom, ‘Today is just as good as any to have the old goat for dinner.”

Thank you Frank for this little gem!