Great king Conrad had the choice of topic for this week’s episode of the Loose Blogging Consortium.

Origin of INCENTIVE
Middle English, from Late Latin incentivum, from neuter of incentivus stimulating, from Latin, setting the tune, from incentus, past participle of incinere to play (a tune),
from in- + canere to sing — more at chant
First Known Use: 15th century

Down the years there were many women who did more than sing or play the tune, they had the incentive to be inventive.  I would like to pay tribute to but a few of them.  They greatly contributed to industrial development and hold patents in a wide range of fields. Some of their inventions revolutionized entire industries; others created them.

In the past I have written about Ada Lovelace.  She wrote programs for Charles Babbage’s machine before it was even built – that is, manipulating symbols according to rules for a machine. She also foresaw the capability of computers to go beyond mere calculating or number-crunching.

Sarah P. Mather, submarine telescope (1864) the link will show you her design.

In 1886 Josephine Cochran proclaimed in disgust “If nobody else is going to invent a dishwashing machine, I’ll do it myself.” And she did – Josephine Cochran invented the first practical dishwasher. She had expected the public to welcome the new invention, which she unveiled at the 1893, World Fair but only the hotels and large restaurants bought her ideas. It was not until the 1950’s that dishwashers caught on with the general public.

Anna Connelly patented the first fire escape in 1887, which was designed with an exterior staircase.

Letitia Geer is the person we have to thank for the medical syringe which she  invented in 1899.

Mary Anderson invented a window cleaning device to clear the wind-shields of cars in1903.

Marie Curie was the first woman to win a Nobel Prize. It was for Physics in 1903. In fact she was the first person to have been honoured with two Nobel Prizes.  Along with her husband she made pioneering advancements in the field of radioactivity. They also discovered two new elements radium and polonium. She studied the x-rays emitted from these elements and found that these could be used to kill tumours which brought about a revolution in the medical field. She also shares her Nobel Prize in Physics with her husband.

Florence Parpart won a patent for a Street Sweeper in 1900.  In 1914, Florence won a second patent for the modern refrigerator, rendering the icebox obsolete for those with access to electricity.

Patsy Sherman was a 3M research chemist assigned to work on fluorochemical polymers. She was one of the very few female chemists to work for a major corporation when she was hired by 3M in 1952. Her work was an essential part of the introduction of 3M’s first stain repellent and soil release textile treatments which have grown into an entire family of products known as Scotchgard protectors.

Valerie Thomas began experimenting on an illusion transmitter in 1977, and in 1980, she patented the invention.

Ellen Ochoa designed an optical system to detect imperfections in repeating patterns. Her invention was one of its own kinds. Keeping mind the scope of her invention it was quickly accepted and is used at large for quality control while intricate parts are fabricated in a manufacturing unit. She was patented for her invention in the year 1987. In addition she also received patent for her inventing an optical system which could be used to manufacture things robotically. Dr.Ellen Ochoa, apart from being a scientist in NASA is also an astronaut and has spent maximum number of man hours i.e., 719 hours in space.

Rachel Zimmerman a 12 year old girl from Canada, came up with ‘Blissymbols’ in the mid 1980s. Her invention used certain symbols which were placed on a page or board and can be pointed at using a special touch pad by the person using it. These symbols automatically get translated to a written language by Blissymbol printer.

Krisztina Holly developed the first ever computer generated hologram with full colour reflection in 1991. Along with other scientists, Michael Cassidy and John Barrus she invented “The Stylus” which enabled customers to order goods with bar code scanning. The stylus will feed the information through a touch tone phone to the seller. Another invention of hers is Visual voice with Cassidy Brookins and Chris Brookins. It is a computer telephony development tool based on Windows enabling computer engineers to create all in one telephone systems with provisions for voice mail, fax transmission and call placing and answering.

Betty Rozier and Lisa Vallino, a mother and daughter team, invented an intravenous catheter shield to make the use of IVs in hospitals safer and easier. The computer-mouse shaped, polyethylene shield covers the site on a patient where an intravenous needle has been inserted. The “IV House” prevents the needle from being accidentally dislodged and minimizes its exposure to patient tampering. Betty Rozier and Lisa Vallino received their patent in 1993. 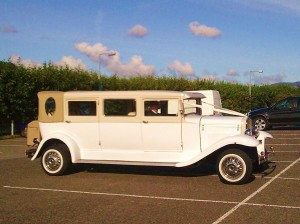 Off to collect the Bride.