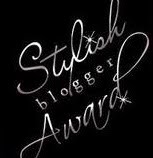 Thank you Ashok Sir for the generous gesture of bestowing on me this Stylish Blogger award!

Seriously now, the Rules are:

Is there anything you don’t know about me? 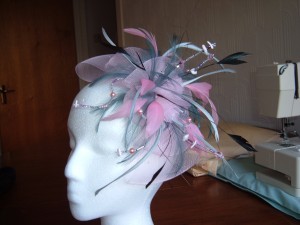 The fascinator I wore to Elly & George’s wedding .

It was a tribute to Elly’s deceased grandmothers who both worked in Millinery.  I began with a large very fine pink sinamay bow – a bow being my signature piece throughout  my childhood.  The  feathers I had been collecting since the couple announced their engagement (long before I picked my outfit).  The wired beads were to add a little fun to the whole piece.

I will not tag anyone for the award but leave it open for anyone who wishes to take part.