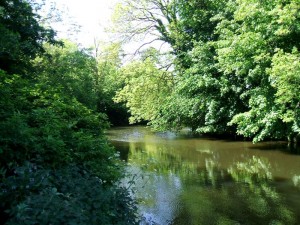 The little Island of Ireland made me very proud in the past two months.   Three State Visits and a State Funeral.

First there was H.S.H Prince Albert II of Monaco and his fiancee Charlene Wittstock, former South African Olympic swimmer, who attended a reception in Farmleigh House* on the second day of the state visit.

Then we had ”A Uachtarán agus a cairde.”  The opening words of HM Queen Elizabeth II in her Banquet Speech At Dublin Castle during her four day State Visit.  It was the first visit by an English Reigning Monarch for 100 years.  The link is just a shortened version of the speech. There were many poignant moments during the visit, many fences were mended and politicians from both sides of the border were in attendance at the dinner.

Tensions were high before the visit and the public were kept well away from the routes being used, unfortunately it meant that the royal party met very few of the ‘ordinary’ people who walk the streets on a daily basis to and from work or for leisure purposes. I heard reports of people being stopped at barriers for anything up to three hours at a time until a cavalcade passed.  There were few complaints.

As a side note, the white evening gown worn by #BettyIE (the fondly humorous hashtag used on Twitter during the visit ), had 2,000 lace shamrocks embroidered in high relief on the bodice and sleeves.  The brooch was a silver Harp.

The State funeral for the well loved Dr Garret FitzGerald was held on Sunday.  Twice taoiseach and a true statesman.  President Mary McAleese described him as a man steeped in the history of the State who constantly strove to make Ireland a better place for all its people.

May he rest in peace.

Mondays of the Ireland long ago were wash days…  Come hail, rain or snow the women across the land washed anything and everything that moved!  Yesterday there was little washing done.  The winds blew up a storm and the rain pounded, but nothing could wash the smiles off the faces in Ireland as they proudly welcomed home a son of the soil.

Air Force 1 landed at Dublin Airport ahead of time, due to the prevailing wind.  Down the steps and onto hard tarmac, if not Irish soil, came Barack Hussein Obama 11 the 44th and current President of the United States and his wife Michelle.  They quickly made their way to meet President Mary McAleese and her husband at Aras an Uachtarain and to plant a tree in the garden. From there they moved to Farmleigh House for a meeting with Taoiseach Enda Kenny.

After lunch at the American Embassey there was an Oopsie moment, before they headed to Moneygall, the birthplace of the President’s ancestors.  All thirsty work, so the Guinness was supped, people met, shopping done and back to Dublin to talk to the people.

Alas, due to a volcanic eruption at Grimsvotn in southeastern Iceland, forecasters were predicting that ash would encroach on local airspace on Tuesday, so the departure was brought forward.  The Obama Roadshow left last night

*Farmleigh House in the Phoenix Park, Dublin, an 18th century Georgian house, which was the former home to the Guinness family, was bought by the Irish Government in 1999 specifically to provide accommodation to visiting dignitaries, among others.  At a cost of €29m, and a further €23m was spent by the Office of Public Works refurbishing the property.  It sits on an 80-acre site in the heart of the park.

Near neighbour is Aras an Uachtarain, the official residence of the President of Ireland. 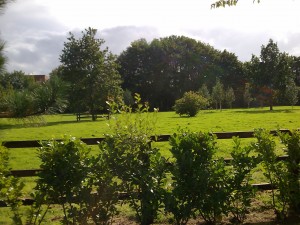