And still they come, more sculpture from Art in the Garden. 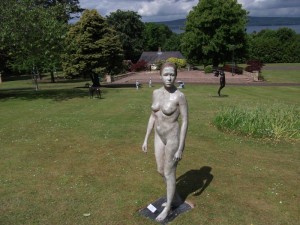 Paddy Campbell had sixteen pieces on display both large and small.  He was born in Dublin in 1942.  %They particularly appealed to me.

During the early Sixties he attended evening courses at the National College of Art in Kildare Street, but his practical needs were directed towards the culinary arts and he graduated in Hotel Management from Cathal Brugha Street, Dublin, in 1964. Following a series of training stints in hotels in Ireland, London and Sweden, he returned to Ireland to start his own catering business in 1967.  Later he took over Bewley’s Café and coffee business in Dublin

From the mid Nineties he resumed evening and other short courses at N.C.A.D. and began to realise that art, not business, was his true vocation.

His work has been shown at various exhibitions including the Royal Hibernian Academy, Oireachtas & National College of Ireland and, in February 2002, he held his first solo exhibition at the Cross Gallery in Francis Street, Dublin. In 2000 he won the Miller Prize for painting at N.C.A.D. 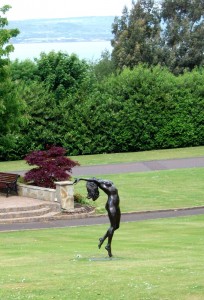 In 2002 he discovered his gift for sculpture and pursued a full time course at the Florence Academy of Art. He established a sculpture studio at Via Luna in Florence in 2005, and produces much of his work there, as well as in Dublin.

In 2006 he was commissioned to sculpt a memorial to commemorate those lost at sea in Bantry Bay and this was completed and unveiled in December of that year. In 2007, he was chosen to sculpt the official portrait of the President of Ireland, Mary McAleese. 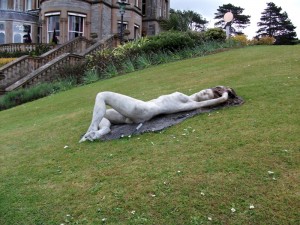 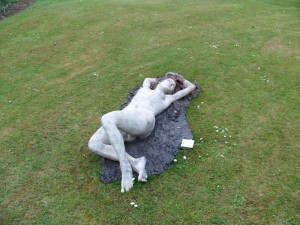 There were several small items that I liked.  I don’t have photos but you can see them in the link above.  Hovering over the images will show the titles.

Those I particularly liked were: