Yesterday turned out to be a nice day weather wise so I took my camera gallivanting.  We scrambled over farmers fields and an old graveyard.  It is amazing what you find when you are scrambling about in Farmer’s fields! 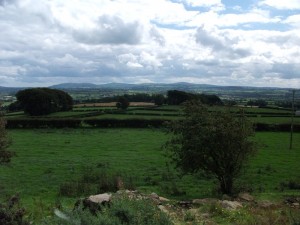 I found a hole. 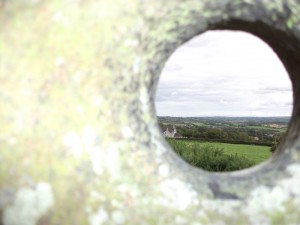 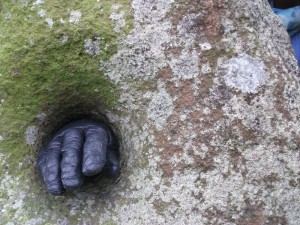 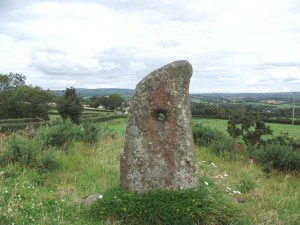 On the crest of a hill of private farmland close to Doagh, in County Antrim,  sits a Bronze Age megalith known as The Holestone.   It is 1.5 metres high, with a 10cm diameter hole cut into it about I metre from the base.

The Holestone is an ancient Celtic Stone that has attracted visitors, seeking eternal love and happiness, since the 18th century.

Upon reaching the Holestone, couples used to promise marriage by clasping hands through the hole in the stone.   The hole will only allow the hand of a girl to pass through and that was then clasped by the man as they made their vows.

There is a legend regarding a black horse that inhabits the field in which the holestone is situated. According to this legend a young couple were married at the stone, but the groom committed an act of adultery on their wedding night. For this act he was cursed by the stone to spend eternity as a horse, never dying, and never able to leave that field.

I looked all about me, I found plenty of dried up cowpats, but saw no horse. 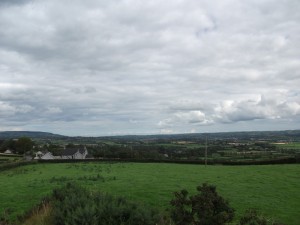 Camera sitting on top of the Holestone 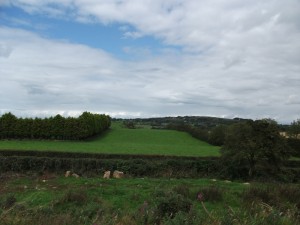 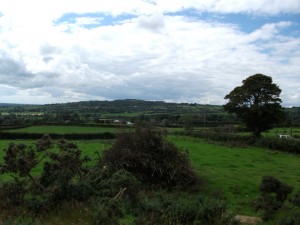 I will keep you waiting until Saturday to see what I found in the graveyard! 😉