We swiftly fly down to begin a new year for the LBC at the behest of Magpie 11, to twitter, sing and share our thoughts on the topic of:

Birds of the Air 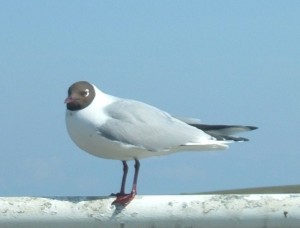 There are over 9,200 species of birds known from around the world and they can be found in just about every habitat.

Over 1000 birds a year die from smashing into windows.

The retina of a bird’s eye is twice as thick as a man’s.

Some bird’s feathers weigh more than its very lightweight but strong skeleton of hollow bones, which make flying easier.

A hummingbird weighs less than a penny and its heart beats 1,260 times per minute.

Only male canaries can sing.

The owl can rotate its head by 180 degrees on either side.
It is the only bird to drop its upper eyelid to wink. All other birds raise their lower eyelids.

The world’s fastest flying bird is the peregrine Falcon which can swoop on its prey at speeds of up to 350 km per hour.

An eagle can kill a young deer and fly away with it.

There is nothing in which the birds differ more from man
than the way in which they can build and yet
leave a landscape as it was before.
~ Robert Lynd, The Blue Lion and Other Essays

Time now fly over and check out what the other active members of the Loose Bloggers Consortium have to say on the subject:- Conrad, Delirious, Maria/Gaelikaa, Magpie 11, Maria SilverFox, OCD writer, Padmum, Paul, Ramana, Rohit, Will Knott.

In celebration of the feast of the Epiphany in Ireland, January 6th is marked by Nollaig na mBan or Women’s Little Christmas. In some households, the Christmas tree and decorations will be down and the children will be preparing to return to school on Monday.

Nollaig na mBan acknowledges the graft of weary mothers and grandmothers over the festive season – in the days long before frozen turkeys and M&S prepared meals – A time when slow cooking was a way of life and not a fashion fad.

This link will take you to a wonderful blog post from a few years ago by my good friend Wisewebwoman telling of this old Irish tradition of celebrating the day.

Tradition dictated that the women put their feet up, while the men took care of the housework.

Alas, in our house my father saw no reason to ever enter the kitchen, never mind take over the chores.  Mammy had the night off once the evening meal was over.

We sat round the fire and chatted until Nora & Gus arrived. The girls did not touch alcoholic drink apart from this one night in the year.  Neither liked the taste of the drink, but with much crumpling of faces and squinting of eyes they managed to share a bottle between them.

What did they have? 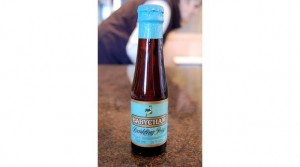