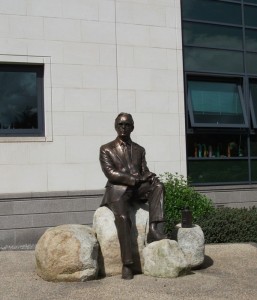 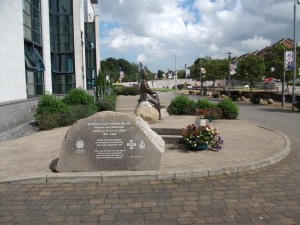 Frank was born in Hillsborough, County Down. He attended Friends’ School in Lisburn followed by reading Medicine at Queen’s University, Belfast. Having survived diphtheria, he qualified as a doctor in 1939. On the day that the Second World War broke out, Frank and four others joined the Royal Army Medical Corps. 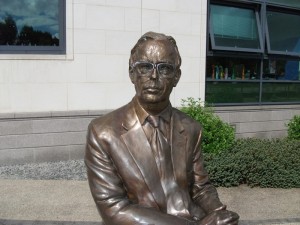 Frank was destined for the Far East and, following the surrender of Singapore, he was taken prisoner of war in early 1942. Frank’s autobiography, An Unquiet Life, gives an inside to the horror of what unfolded during captivity. 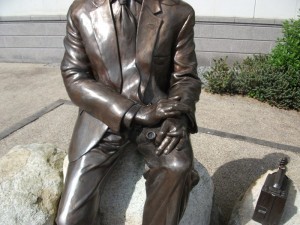 In 1951 he was appointed Consultant Physician in the Royal Victoria Hospital, Belfast and he went on to develop the portable defibrillator. In 1965 Frank installed his first version in a Belfast ambulance, it weighed 70 kg and operated from car batteries.  This lead to the establishment of Mobile Coronary Care in 1966. By 1968 he had designed an instrument weighing only 3 kg, incorporating a miniature capacitor manufactured for NASA. 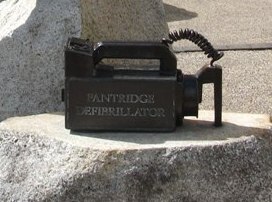 Frank went on to develop the world’s first truly portable defibrillator, the prototype for those that have been installed in many public places and on nearly all commercial aircraft today. During his lifetime Frank came to be regarded as ‘The Father of Emergency Medicine.’ 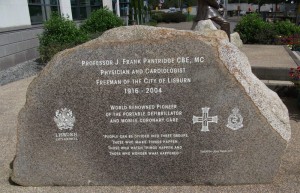 John Sherlock was born in Derry. He was a former lecturer in Art and a successful businessman, is also an internationally recognised sculptor. He graduated from Belfast and Liverpool Colleges of Art. He studied and travelled widely in Europe and America. Involvement in architecture and interior design led to a successful business career in property and hotel development.

On retirement, John became fully involved in his art. He created extensive studio and foundry facilities at his Whiteabbey home overlooking Belfast Lough.
His work in metal, stone, wax and bronze is much admired, and is included in many public & private collections throughout Ireland and abroad.