Castle Upton in the village of Templepatrick, is set back from the road in a beautiful landscape of House, gardens, a late eighteenth century Robert Adam designed stable block with a herd of Chital deer grazing in the surrounding fields. Occasionally a peacock may wander as far as the road.
Castle Upton takes its name from the Upton family who originally came to the site in the early seventeenth century and lived there for nearly 300 years. 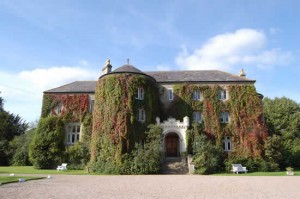 Photo credit to Castle Upton, (all the others are my own).

The present gardens and house were restored by Sir Robin and Lady Coralie Kinahan who bought the castle and its land in 1963. It is now the family home of their son, Danny, his wife, Anna, and their four children.  Danny was young free and single when I was last inside Castle Upton. 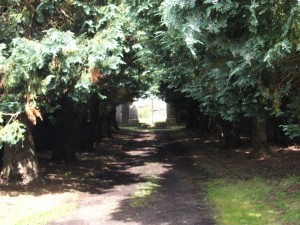 One sunny morning recently I went wandering round the grounds 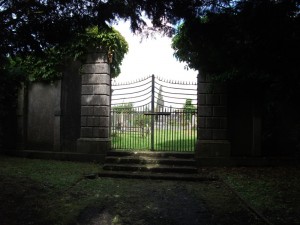 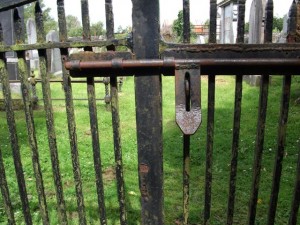 I explored the graveyard 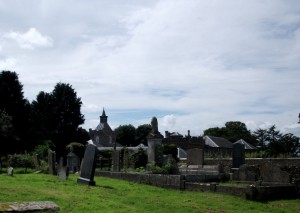 Situated in the graveyard of Castle Upton, this family mausoleum is in the shape of a triumphal arch and was designed and built by Robert Adam in 1783. 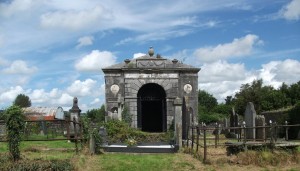 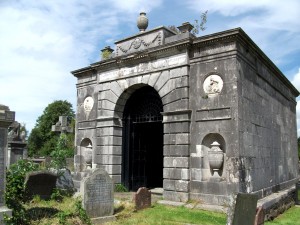 This particular tomb is typical of Adam’s style with classical urns, leaf swags and circular reliefs surrounding the arched door to the vault. 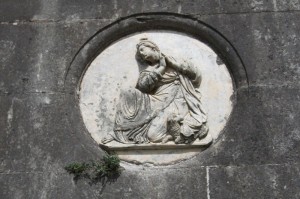 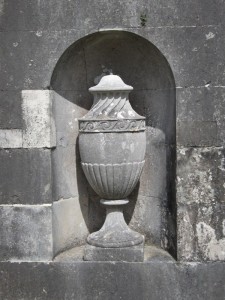 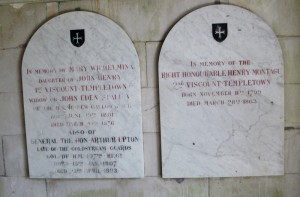 Two of the memorial tablets.