The book of face can be informative at times. That is how I learned about….. 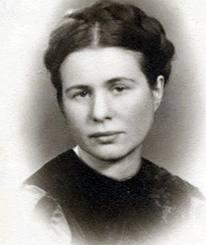 Some of the information on the book of face, was not quite correct, I dug a little further and the following is just a little taste:

Irena did use a dog on occasion, but very few times out of the many rescues. Also, the number of babies saved was small in relation to the total number of children rescued.

You can find the full story here, it is well worth a read.

Protestant kids from rural Kansas, discovered a Polish Catholic woman who saved Jewish children. Irena Sendler and these students have tried to make the world a better place. This web site shares the legacy and life of Irena Sendler, plus her ‘discovery’ for the world. Few had heard of Irena Sendlerowa in 1999, now after hundreds of presentations of Life in a Jar, a web site with huge usage and world-wide media attention, Irena is known to the world.

Since the topic Kids was suggested for us this week by shackman, The Music King, I feel obligated to add my two penny worth. 😉

Johnny Mathis – When a Child is Born

This one takes me way back and always leaves me with a lump in my throat.

Scorn not his Simplicity

Phil Coulter, wrote this moving tribute to his son, who was born (in the early 80’s) with Downs Syndrome and died at the tender age of four years old.

The song was pleading for tolerance and understanding of his son and the syndrome.

Now why not join me as I hop, skip and jump on to the merry go round to see what the other active kids have in store for us this week. Delirious, Maxi, Maria/Gaelikaa, Maria SilverFox, Padmum, Ramana, Shackman speaks, The Old Fossil, Will Knott.