He was standing abroad in the yard, leaning on a gate surveying the view while listening to the birds and thinking his own thoughts.

Sure a view like this would gladden the heart of any man. 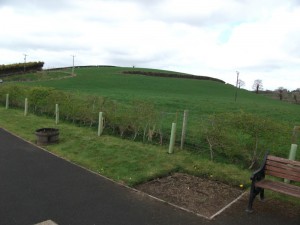 Harry Ferguson was born in Growell, Anahilt just outside Dromara, Co. Down. 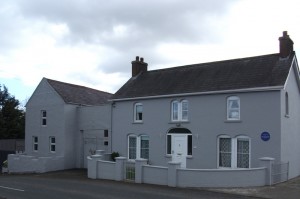 Growell, where Harry was born.

The road from Dublin to Belfast has improved very much in the thirty six years that I have travelled up and down between the two cities. Many twists and turns have been removed and small towns and villages bypassed. One recent flyover near Hillsborough and not far from the Growell, now sports another work of art to the memory of Harry Ferguson. 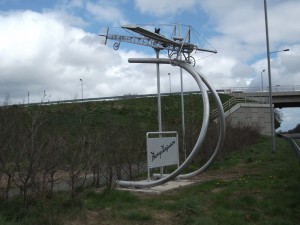 He was the second Briton to design, build and fly his own plane. his first flight was on 31st December 1909. A year before  Lilian Bland designed, built and flew her ‘flying machine’ Mayfly, in February 1910. 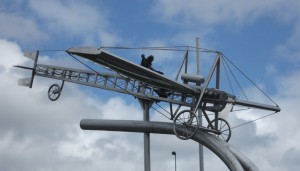 After falling out with his brother over the safety and future of aviation, Ferguson decided to go it alone, and in 1911 founded a company selling Maxwell, Star and Vauxhall cars. He also achieved considerable success in the motor racing and motor cycling fields.  Many of his inventions have filtered their way down to the modern family car. 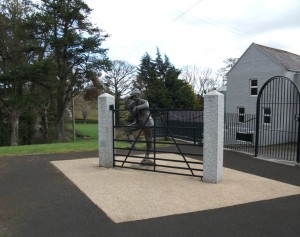 The Sculpture was unveiled in 2008 by Mrs Sally Fleming, gran-daughter of Harry Ferguson.

With time Harry’s attention turned to Tractors and he founded the Ferguson-Sherman Inc., along with Eber and George Sherman. The new enterprise developed a ploughing system that incorporated a Duplex hitch system which fitted the Fordson line tractors. Ferguson’s new hydraulic system was first seen on the Ferguson-Brown Model A tractors.

He achieved worldwide fame with his invention of the Ferguson 3 point linkage system. Ferguson’s new hydraulic system was first seen on the Ferguson-Brown Model A tractors. This system still forms the basis of almost every tractor made today. 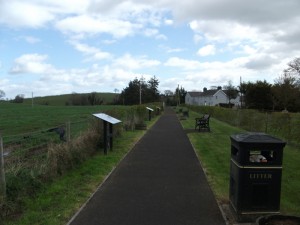 In 2008 the Harry Ferguson Memorial garden was officially opened. Situated opposite the house Harry Ferguson lived in. It is open to the public, opposite his birthplace where an annual event is held every August.

A granite memorial has been erected to Ferguson’s pioneering flight on the North Promenade, Newcastle. A full-scale replica of the Ferguson monoplane and an early Ferguson tractor and plough can be seen at the Ulster Folk and Transport Museum at Cultra.

So next time your head is buzzing, go find a gate to lean on and allow the cobwebs take flight with the birds, leaving some clear space to design and build your own ideas! 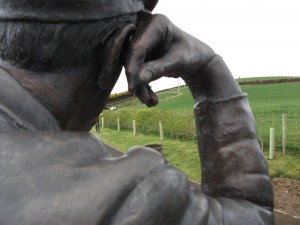