It has been a long week. So long, it had two Saturdays, two Sundays and two Mondays. Alas, to day it comes to an end and I head for home.

Saturday: We made Christmas puddings – You already know about that.

Sunday: We had a visitor for morning coffee. After lunch the landlady walked the legs off me. We dandered to the Basin. 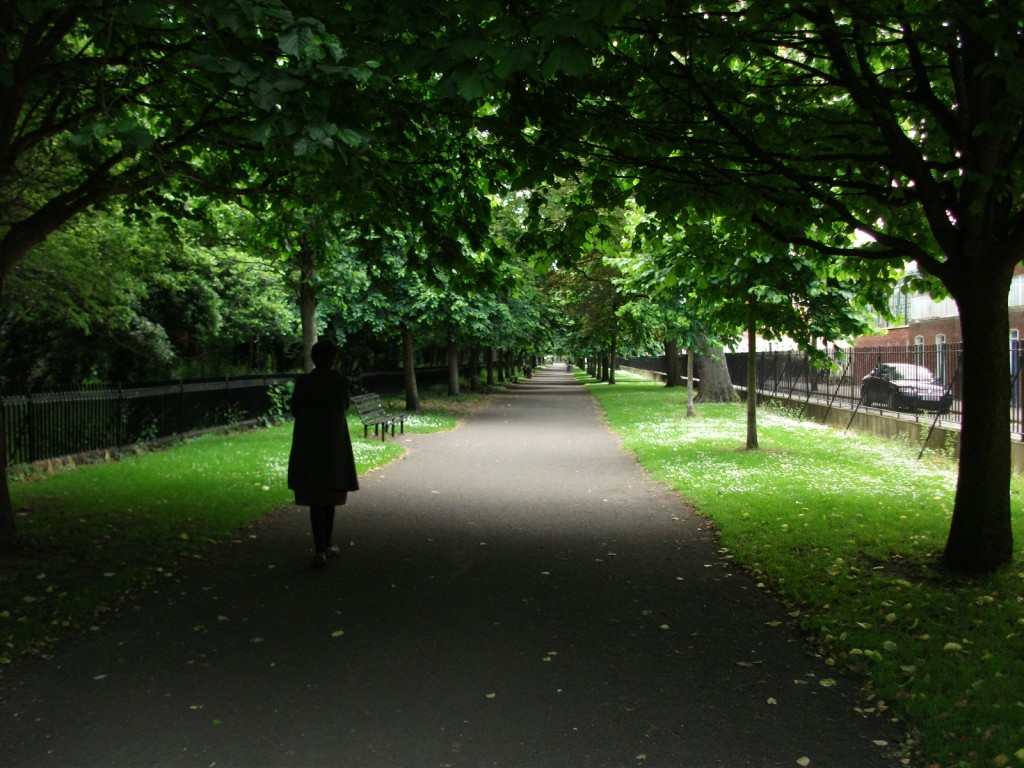 We watched a mammy duck teach her three tiny balls of fluff, no bigger than cotton balls, to swim. 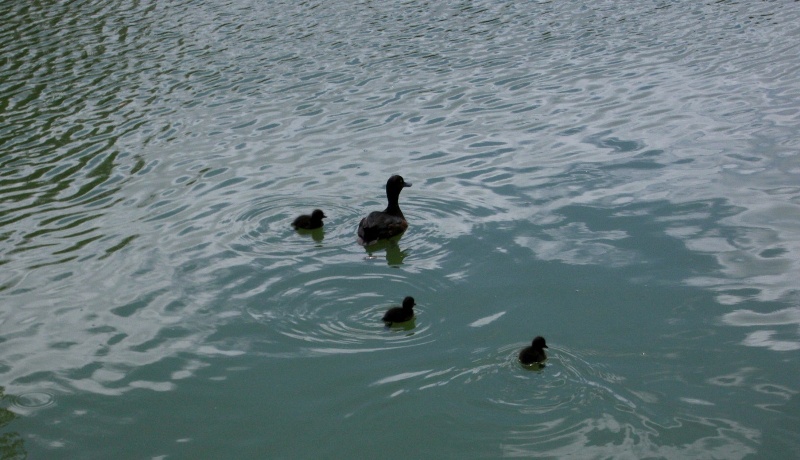 Their tiny legs were going a mile a minute under the surface of the water, until….. a large bird swooped down…. Then there were only two balls of fluff for the mammy duck to quack instructions at, to swim faster than time to the protection of their hidden nest on the island in the middle of the lake. 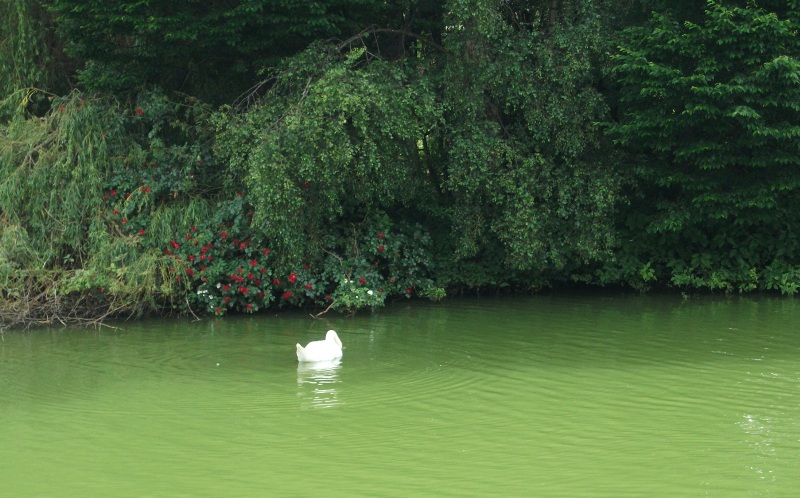 When we left the basin, we passed the Black Church  where legend has it that if you run around the church clockwise three times, then enter the church and stand by the altar, you will see the devil. 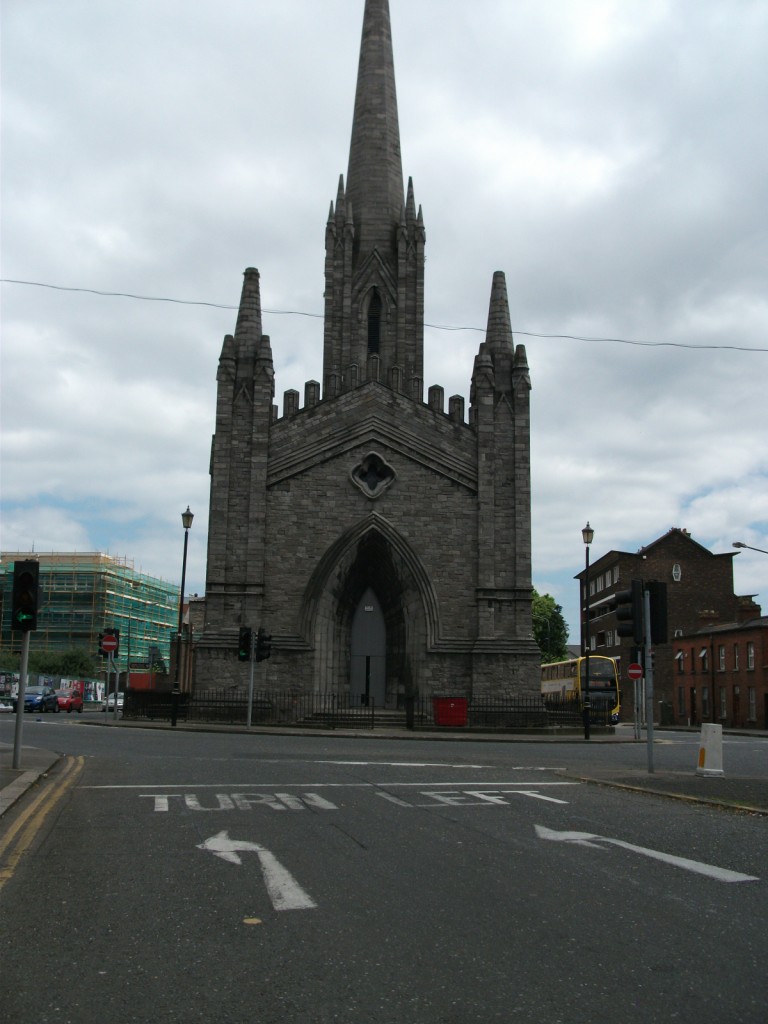 I never quite had the courage to test that theory when I was young. The building was deconsecrated in 1962, and is now occupied as offices.

The Black Church is mentioned briefly in the novel Ulysses by Irish author James Joyce, in the chapter entitled ‘Oxen of the Sun’, as the location of one of Bello’s many sins: He went through a form of clandestine marriage with at least one woman in the shadow of the Black Church. Joyce lived for a few months only yards from the Church in Broadstone, at 44 Fontenoy Street, one of the Joyce family’s many temporary homes around Dublin. He stayed there with his son Giorgio from July to September 1909 and again alone from October 1909 to June 1910 while trying to set up the first cinema in Dublin.

Monday: Did I mention James Joyce earlier? Well, on Wednesday I met him! Honest. Here is a pixture to prove it: 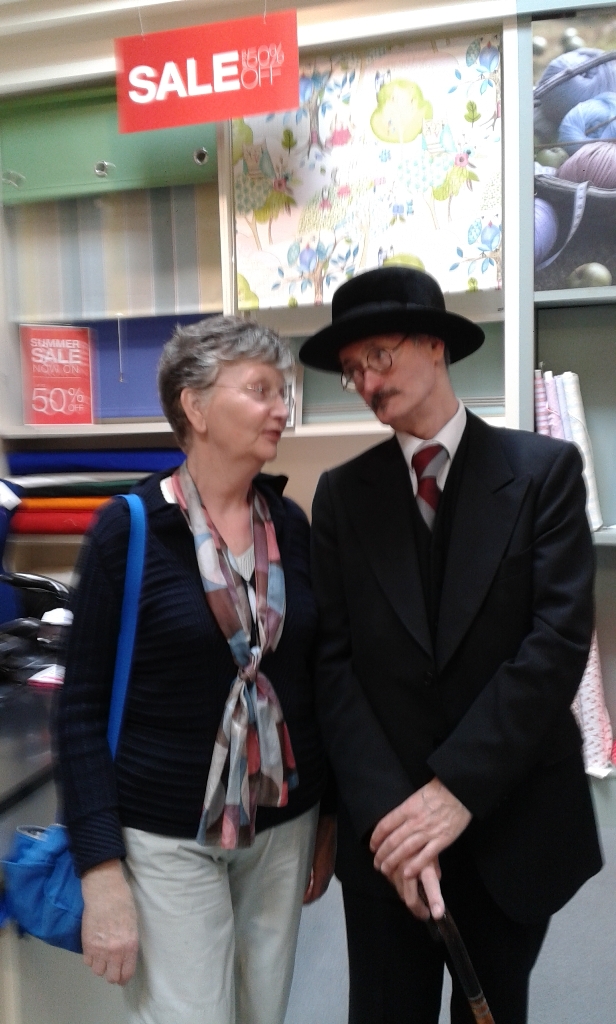 He called me Nora

He even called me Nora!

It was Bloomsday.  In Dublin, Joyceans in full Edwardian costume mark June 16th 1904 literary events of ‘Ulysses’ We met them on the Dart,  on the Streets and in the shops. Eileen and I went to Dún Laoghaire. They were there ahead of us. 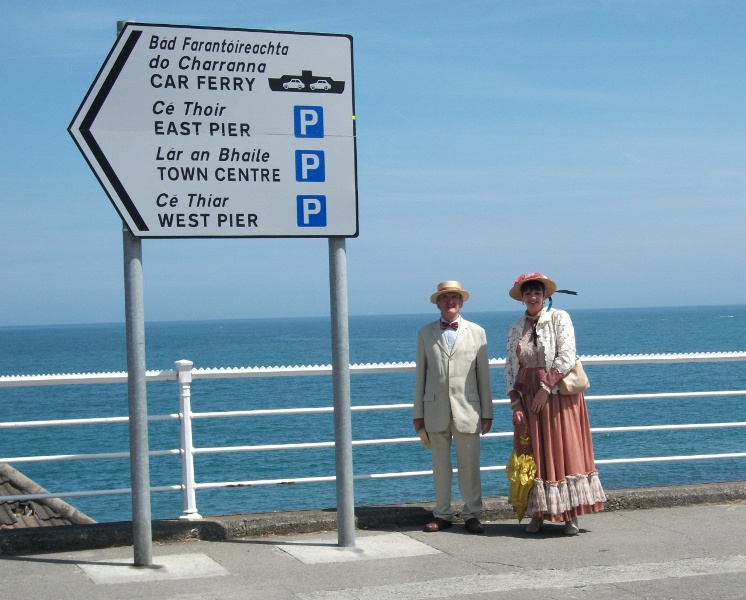 Joyceans on way to Sandymount

I have to tell you what happened on the Dart. You will never believe it. Eileen, nudged me with her elbow and said “That guy over there winked at me!” I looked at the Toyboy and said, pointing at my sister “Did you wink at her?” He nodded. I looked questioningly and asked “Where’s my wink?” Grinning, he winked at me. Holding up my mobile phone, I asked if he wanted my number. He burst out laughing. With that, the engines started and we were moving…. Our Dart moved south, and his on the other track moved north!

No visit to Dún Laoghaire is complete without a visit to Teddy’s for a 99 – a whipped ice cream cone with added flake chocolate. 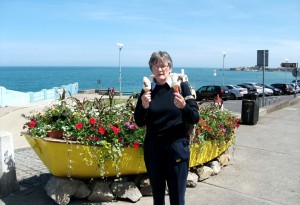 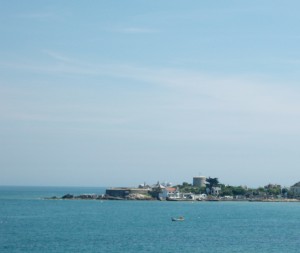 The view as we sat and enjoyed our treat.

Tuesday: I spent the morning in the National Botanic Gardens, Dublin, with my eldest brother. We saw a Viking House 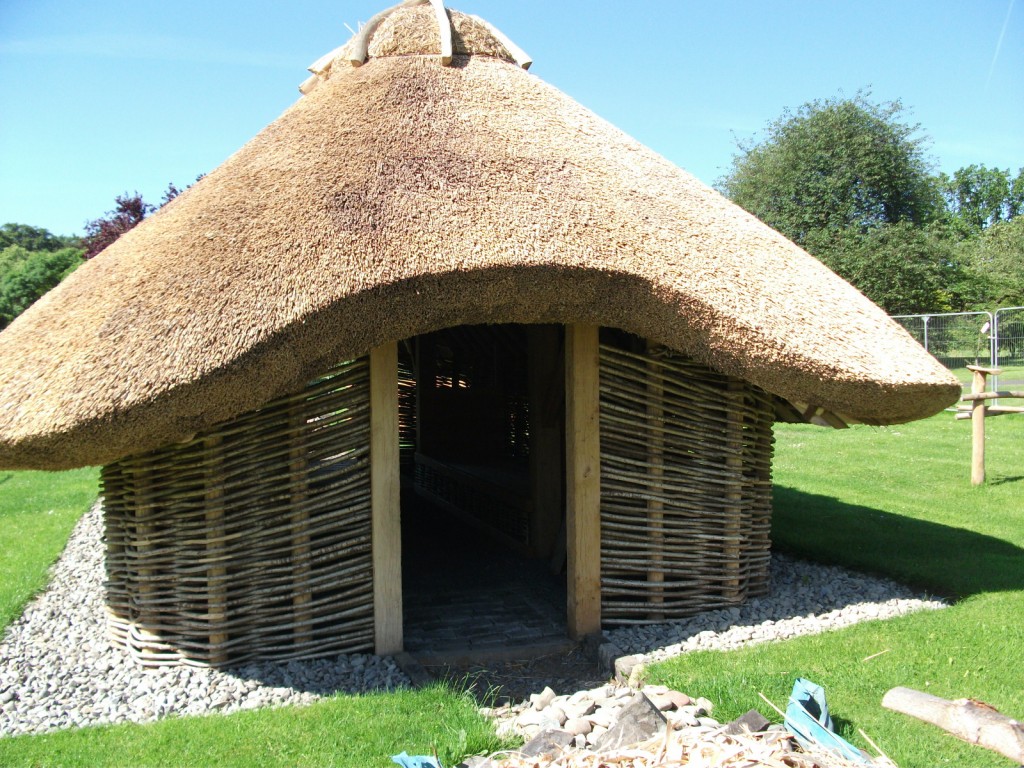 I suggest scrolling to the bottom of the link above and working upward to follow the work in progress. I found it fascinating. I am trying to image life in Dublin 1,000 plus years ago. 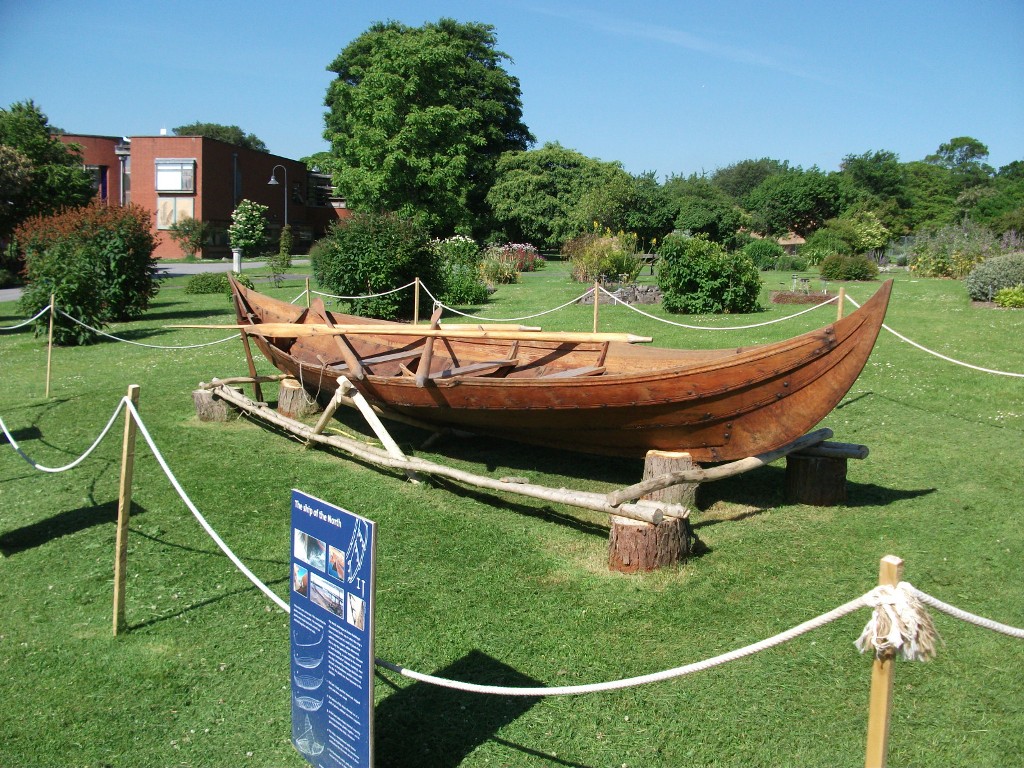 I also saw a replica Viking boat ‘Gro’ on display. It was constructed from Irish oak in 2006 at the Irish National Heritage Park by Danish boatwrights using techniques employed in Dublin 1,000 years ago, the boat is on loan from the Ferrycarrig Heritage Park.

I drove my sister to Howth for an early dinner, which was delicious, and we were home in time to see one of the Football matches. 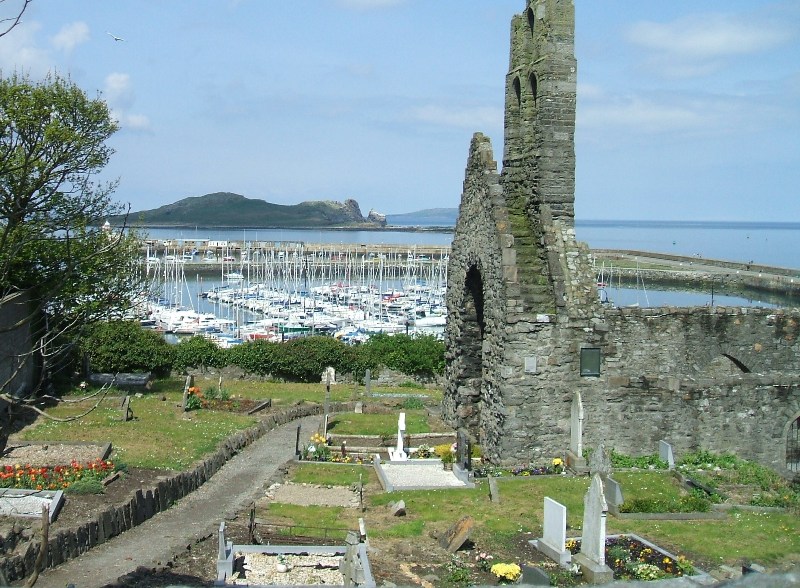 Looking down on Howth from the Churchyard

Wednesday: We were entertained to lunch by Brian, who sent us each a text as we were leaving home to say, he had just realised it was forty years since we first met, so a good job we looked like we did all those years ago! Is it really forty years since I was given the handle Grannymar? Yes, it is.

Thursday: I visited Drimnagh Castle, but that adventure is worth a special post. I hope to have it ready for Tuesday. 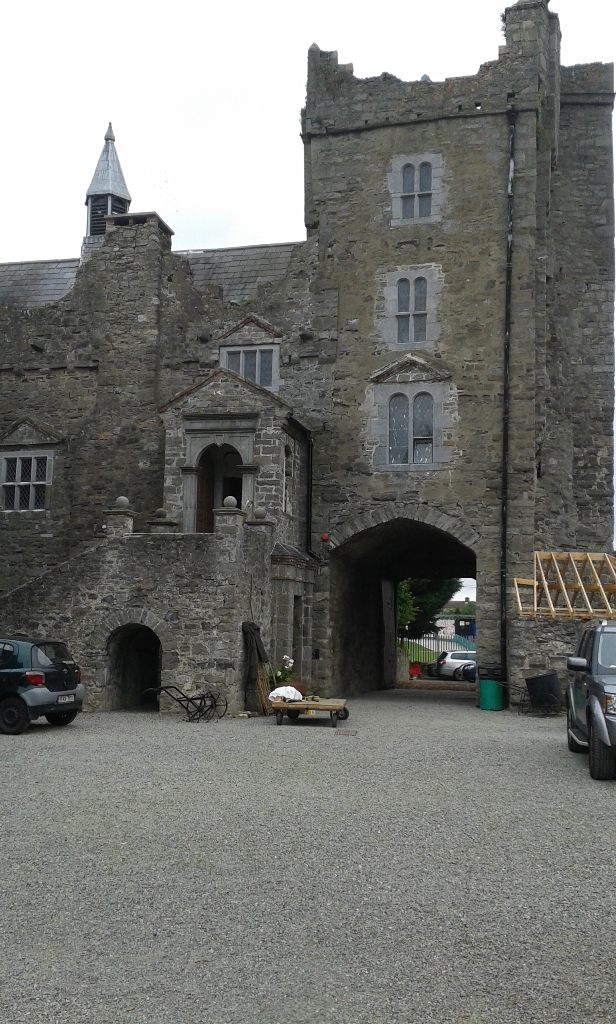 Friday: was a rest day, playing with Buffy and finishing a project that I was working on. I forgot to take a photo of the finished item, so when I get that photo, I’ll write about it.

Saturday: Was the longest day, so where better to be than on the Hill of Tara,  Home to the High Kings of Ireland. The panoramic view in my Header is from the hill at Tara. We were there to celebrate the life of Emma Sharma Hayes. It was a beautiful day, the sun shone and nature’s choir of bird song & gentle breezes sang around us for most of the day. We picnicked outdoors 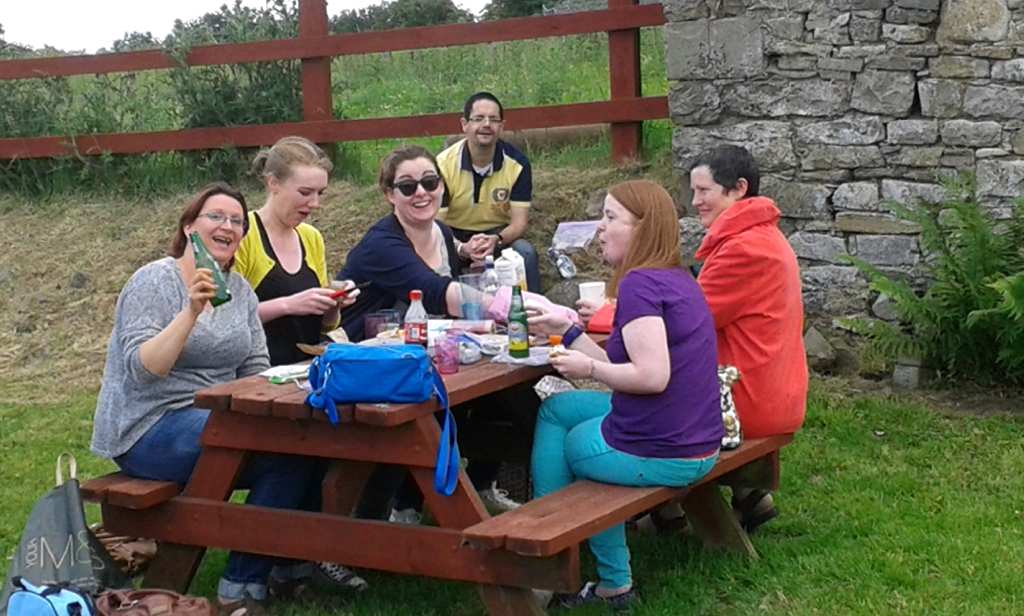 and I found a very comfortable seat to rest my legs before we climbed the hill. 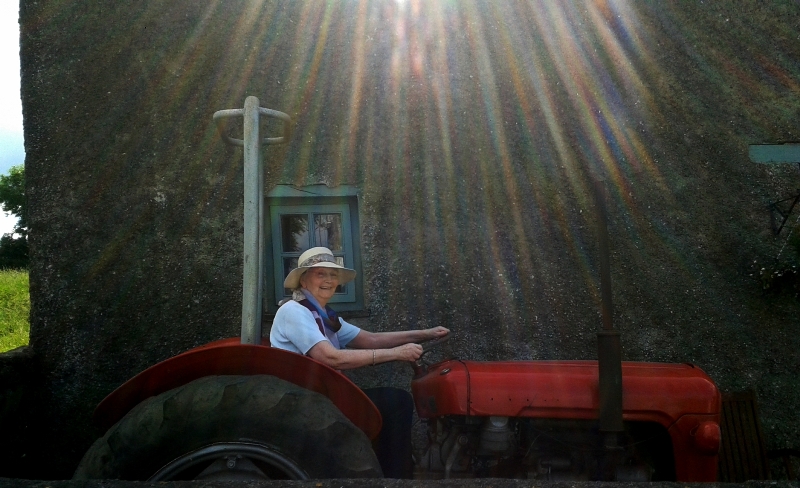 I nearly got a job too! One old guy asked if I would plough his back field? I told him I was busy and it would have to be next week!

Sunday: I went to work! Really. You have heard of ‘Bring your daughter to work days. Well this was a bring your family to work day, at Intel. Do you like my outfit? 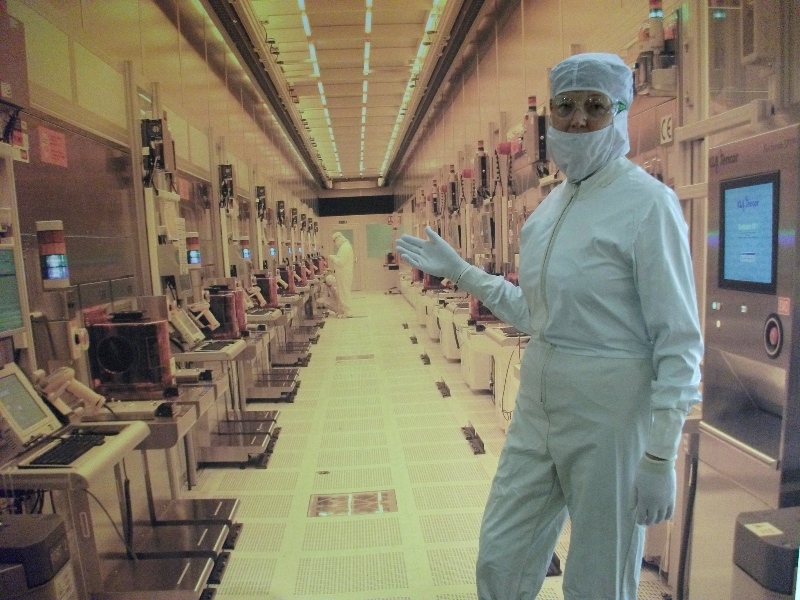 Grannymar in a Bunny suit! These are actual uniforms worn by those who work in the clean-rooms. Buses took us on a tour of the site and we had a window tour of a clean-room. Elly showed the corridor she walks everyday, at least twice. It is a mile in each direction. We were introduced to the gym, where I could not miss an opportunity to sit on the equipment. I tested a massage chair, it felt like Ramana Rajgopaul’s masseuse was dancing on my back.

The staff looked after us royally and had fun & games for all ages. Thank you everyone for making us so welcome. Now the holiday has come to an end and I am homeward bound once more. I am covered in a healthy outdoor glow and my legs must be at least six inches shorter from all the walking. It was a wonderful week.