I finished a couple of knitting tasks at the weekend.

My sister passed on two packets of yarn, each with a full ten skeins. She had purchased it at the Knitting and Stitching show in Dublin, last year. She did not like the feel of the yarn in her hands. It was not a yarn I would normally pick, but the challenge was how best to use it. 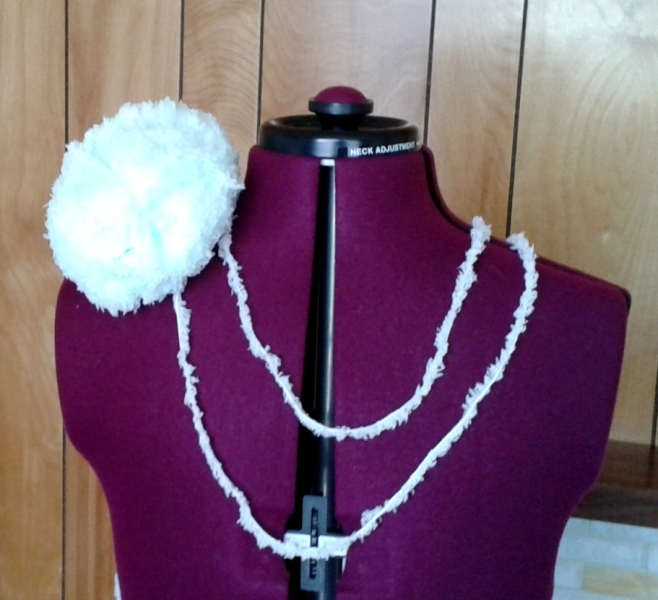 I began with a crochet needle, but found it very difficult to actually see the stitches for the first row. I began again with a larger needle, it did not work.

Then I tried knitting with the suggested size needle, but that did not work either. 😉 I could not find the stitches. It was like I was back in junior school all over again. Grrrr!

I tried bamboo, plastic and metal needles, but they did not help because there was little contrast between the yarn and the needles.. At this rate, it would take me a year to knit a dozen rows and only in bright daylight. Bright daylight is for exploring the outside world and not sitting indoors knitting..

Then I had an (idea) 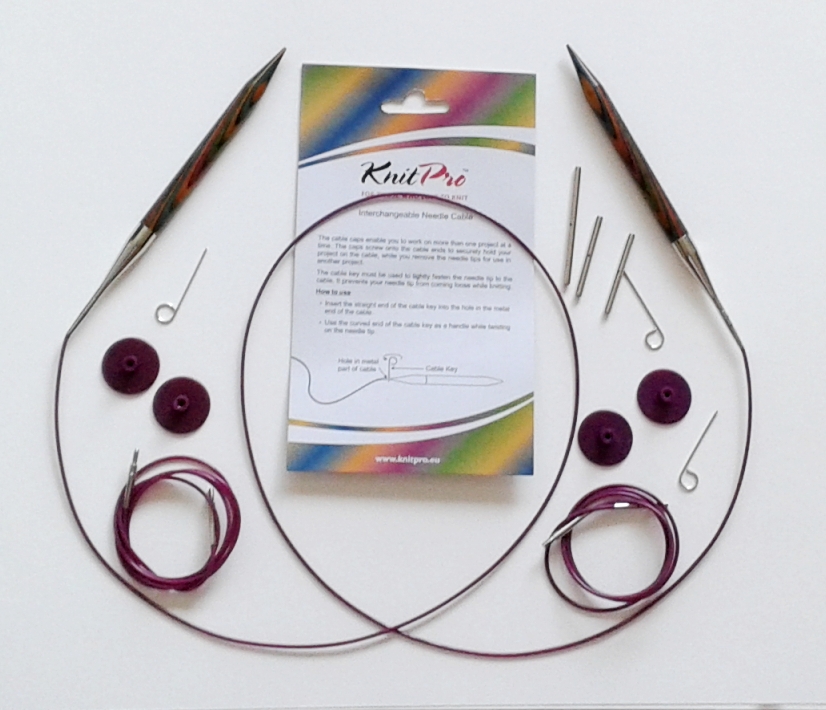 I would try my largest Knit Pro™ interchangeable needles. The needles are coloured and Bingo – I was away in a hack!

I had no pattern, just an idea inside in my head, but when did that ever stop me? I knew what I wanted so decided to use the circular needles but knitting back and forward, I added extra cables as the number of stitches grew and was happy as a lark with the bundle growing to warm my knees on a couple of cool evenings.

So what did I make?

I wanted it knitted in one piece. It worked. The only seams were from the cuffs to the mid lower arms. It took five and a half skeins to complete.

Not sure what to do with the remaining skeins from that bag, I found a pattern for another wrap. This time it was a rectangle, so if it did not work, I would have a cosy knee rug for the winter. 😉

Not very different from the first one, but this time I used four skeins and a little of the already opened fifth one.

The bulk in the base of the cape is a folded towel, there to hold out the garment so you can see the opening for hands. This one is cosy, but I think I prefer the first one!

So what next? With rain promised for the remainder of the week, I need to do something colourful…