A friend had this graphic on her blog this morning, as a lead into a post about depression. 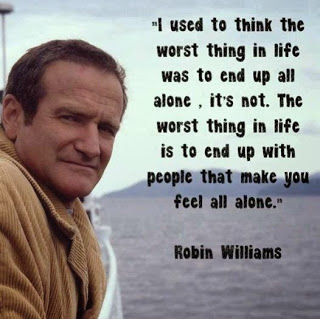 I never knew RW, I may have seen him in one movie.

The picture holds a powerful message and food for thought.

Which kind of friend are you? Are you available to listen?

Unplug your ears and switch off all modern devices to actually hear what your friend is saying, meaning and NEEDING?

Think on, my friend.

You are not out of this world yet, and long runs the fox (depression), but one day it might catch up with you.

I hope, if it does, you will still have friends around to…

10 thoughts on “Which kind of friend are you?”