Grannymar had a bit of a bug and was feeling under the weather over the weekend. She was putting together her Sunday Tour of Ireland post, when unfortunately her laptop caught a bug as well! We’ve managed to close all the p0rn pop-ups, but the laptop is going to need some tech help over the next few days, so there may not be any new posts for a day or two. She won’t be available on email either, but you can text or call her if it’s urgent, or get in touch via myself.

That I should have shared hours ago! Unfortunately, Grannymar is having computer issues today and hasn’t been able to get online. Hopefully her regular blogging with resume soon. I was supposed to put this post up this morning, but unfortunately a busy day in work got the better of me.

testing images, there should be one below this line of text 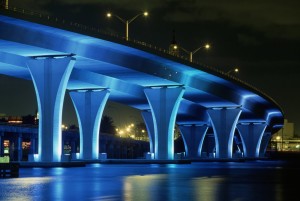 and above this one.

Grannymar has no internet connection at present. It is unknown as to when it will be reinstated (but it is being worked on). She will be back posting as soon as possible.

LBC Members: Ashok (will return shortly), Conrad, Gaelikaa, Magpie 11, Maria, Marianna, Ramana, & Yours Truly.  This week we are joined for the first time by Judy & Helen.   Each week one of our number suggests a word or phrase for all of us to consider and add our thoughts to,  with the aim of going live at the same time on a Friday, no matter which time-zone or corner of the world we live in.  For me that time is 5pm.

I have covered the topic of Collections in the past, so today I will try to go with Collecting.

It is almost 33 years since I first made a train journey to Belfast to spend a weekend with my new found love.  All those years ago I was working and living in Dublin.  On Friday afternoons we finished our work day at 4pm.  This allowed me to cross the City before the rush hour traffic began, which in turn meant catching the early train to Belfast from Connelly Station.

Once I arrived into Belfast Central Station the walk along the platform to the Concourse seemed endless.  My reward for that journey was the happy welcoming look on Jack’s face as he stood waiting to collect me.  Even to this day when I need to meet a visitor from the Dublin train, as soon as I enter the building, I am transported back over the years.

A mere thirty five weeks later there was another memorable journey from Dublin to Co Antrim.  On that occasion the journey was by car with Jack at the wheel, he was returning home with his new wife (me) having collected and packed all the goods and chattels that went with me!  There was just about enough room for me in the front passenger seat, every other available space on the back seat and in the boot/trunk was filled with wedding presents and my remaining bits and pieces from my single life.  An earlier journey took care of transporting my winter wardrobe of clothes, the sewing machine and sewing box.  On that occasion I received a phone call shortly after Jack arrived home to tell me he had unpacked all my clothes and hung them in a wardrobe, assuring me that I could rearrange them as I wanted when I moved in.

Back in those days, random security checkpoints were a regular occurrence on the roads in Northern Ireland.  The army or police patrols usually asked the driver for details of where they were coming from as well as their destination.  It was also in order to request that the boot/trunk of the car be opened and the contents examined.  We were stopped only once by an army patrol, on that day.  Anticipating the usual search, Jack pleaded for mercy.  Thankfully some of the parcels on the back seats were still covered in gift wrap.  Jack informed the young soldiers, who like himself, came from the North East of England, that he was bringing home his new wife and all that she owned.  I think the soldiers took pity on him, because they let him off without having to remove all the packages from the boot/trunk.

A couple of years later, on a bright autumn Sunday morning we were returning from church with an Elderly Aunt of Jack’s and his cousin.  The road was straight with little traffic, ahead of us was another check point.  “Uh, Oh Its the army!” said Jack, as he suddenly remembered he had come out without his driving licence.  As we slowed down to stop the car, Jack realised his aunt was rummaging in her handbag.  The next thing he knew, she had produced a couple of pound notes and handed them to him.  The soldiers noticed this event and seemed rather curious.  Jack having rolled down the window, said in his best North of England accent, that his aunt was over on holiday from England, and when she heard the word ‘Army’ she assumed he meant The Salvation Army and the money was for their collecting tin! 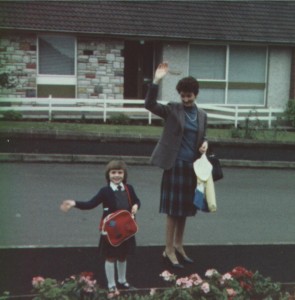 My final tale is about this little lady, seen here leaving for her first day at school.  The school was over a mile away and we regularly hopped (yes, on one leg!), skipped or jogged to add variety to the journey.  The part I enjoyed most was collecting Elly at the end of the school day, when she bounced out to greet me beaming from ear to ear.  I loved the feel of her hot little hand placed in my icy cold one as she told me about all the adventures of the day.  You had to listen carefully, as the stories were told only once, she didn’t like wasting time repeating things! 😆

I was reminded of those days when I was in hospital recently.  As I lay drained and at a low ebb waiting for blood to be collected from another hospital for my transfusions, Elly sat patiently by my bedside with her hot little hand tucked into mine, it was very comforting and just the tonic I needed!

Looks like the hunky toyboy docs were making Grannymar’s heart race yesterday, so she didn’t get a chance to get out of bed last night.

All her blood tests today are good and her consultant saw her last night and again this morning.

This afternoon she had her first trip out of bed and walked to a chair to sit up for a while. She’s been walking around a little more since.

I just spoke to the ward staff nurse and mum had a good day overall, tomorrow morn they will repeat blood tests and then send her to the gym to see how she perfoms. I’ll possibly be taking her home tomorrow afternoon, but it might be the next day.

Once again, I’d like to repeat mum’s request that no-one call the ward directly. Many thanks for your support on this.

I’ll try and post an update tomorrow morning before I travel up. You can also keep an eye on my Twitter account (@ellybabes) as I can update that from my phone and don’t need an internet connection, so it will be easier to update tomorrow.

Grannymar is out of surgery, back on the ward and doing well. More updates tomorrow. Elly

Saturday should be a day to relax.

When Elly was small it was difficult at times to rest because she was always busy, busy, busy!  It was necessary to keep a beady eye on what she was doing.

At least we didn’t have this problem:-

I just got my hands on this, and couldn’t resist hacking mum’s blog to show you all!