I have spent a good half hour trying to decide what to wear today. Nothing fancy as the day will be spent cooking, preparing food for a party, ironing, cleaning windows and dancing with the vacuum & duster. All these activities will be interspersed with resting periods of crochet.

So I am looking for something suitable to don and flounce about in while I work. You know, work clothes. Fresh & clean, not worried about little spillages, yet smart enough if an unexpected Toyboy should land on my doorstep! No way do I want to spoil my image!!

I have so little to choose from these days and it is all my own fault: 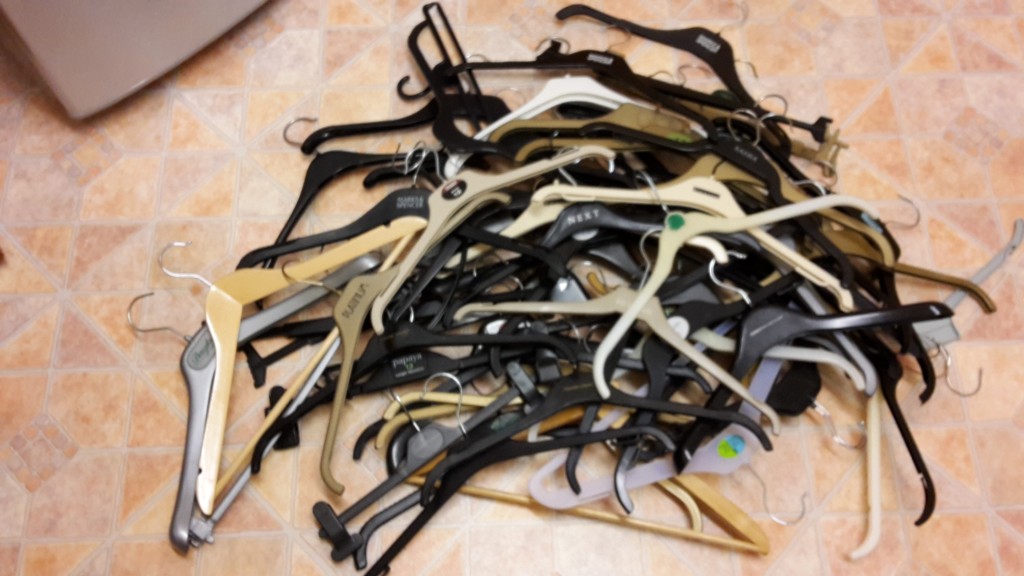 This hanger sculpture is actual evidence of a recent brutal clear out of my wardrobes. All sorted, cleaned and gone to charity or for recycling. The only problem is that I forgot to keep an outfit or two for mucky housework!

I suppose if I am stuck, I could always wear my pyjamas turned inside out!!

Sounds wonderful. But, does it mean I’d have…

What? It has not discovered a cure for the common cold or annual flu virus yet?

Have you noticed any Doctor prescribing it for patients? If it was that good, we would all be super healthy and in no need of doctors ❗

Think I will give it a miss so!

A glass of wine with friends and a good old giggle are the only cure I need in life, they dull the aches and pains, warm the cockles of my heart and turn the laughter lines upwards ↑↑↑↑↑↑↑↑ 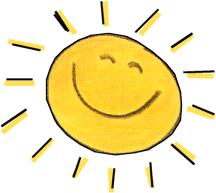 ** I added the red colour to the text for emphasis.

For many years I have lain sleepless in my lonely bed with only spiders for pillow friends. 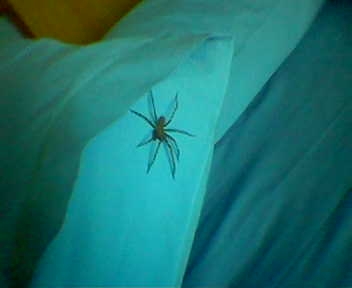 Maybe my being awake is the reason for your non-appearance to kiss me gently on the cheek before whisking me off to your enchanted palace.

I fear the gifts of beauty, wit, grace, dance, song, and music presented to me as an infant princess, by my fairy godmothers, are fading fast.

Last night I did manage three sleeps…. Rather a miracle for me, so perhaps you could tip toe in my direction tonight.

I do make good cakes and treats and chocolate truffles worthy of a prince.

At this stage my garden is so over grown that you may well have passed by thinking it was a setting for Game of Thrones, the Vikings or some other modern day TV epic!

I do realise that like me, age is catching up with you too. Yesterday and again today, I spent time in the wilderness of my garden clearing a narrow pathway of brambles to ease your journey to my bedside. 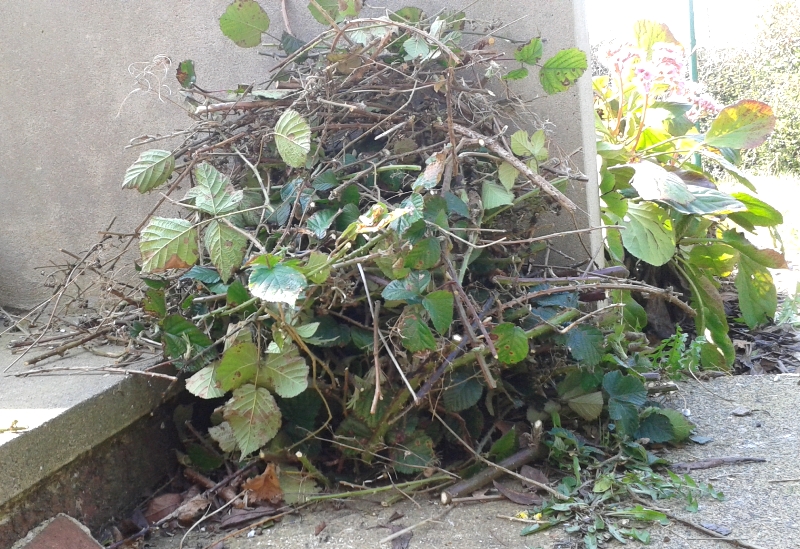 Yesterday I went to the movies in the afternoon. I went alone in search of a couple of hours of light colourful distraction, from another dull day of wet and windy weather. There was only one other person there for the showing of The Second Best Exotic Marigold Hotel. I did not see the other patron, the cinema was dark when I entered. I did hear a deep cough at one stage and took it to be male.

We had two trailers for future movies:

Run All Night with Liam Neeson acting tough and beating up bad guys. Plenty of gore, blood & guns. Not my idea of entertainment by a long stretch.

Woman in Gold in which Helen Mirren is Maria Altmann, an octogenarian Jewish refugee, who takes on the government to recover artwork that she believes rightfully belongs to her family. That one, I will add to my list for an outing.

I had read some very different reviews of the film. I always prefer to make up my own mind. I liked the cast list of Dame Judi Dench, Dame Maggie Smith, and Bill Nighy, Ronald Pickup, Diana Hardcastle, Dev Patel and Tina Desai who were joined this time round by Richard Gere.

It is a sequel with the same theme as the first (which I did enjoy), about a group of people of a certain age all taking a chance on a new experience and deciding that life is not over for them at 60, 70 or eighty!

As Celia Imrie said: “We’re all living longer now, and I feel more optimistic about what’s to come than ever now, and I think that’s what this film will give people hope for.”

Why shouldn’t it? We are constantly reminded that sixty is the new forty, if that is so, then eighty is the new sixty. I remember by father retiring from work at sixty five, at which point he decided his work was done, his life over, and it was a matter of waiting for death. He died at seventy, an old, old man.

I am catching up on the age that my father left us. I am in no hurry to go, I still have some living to do. The banter we had my Facebook post yesterday about the film gives an inkling.

Nick was not very impressed with the movie.

Nick thought that Richard Gere didn’t have much of a part. He basically just stood around looking hot to trot.

Emily decided he (Richard Gere) was hot enough for her.

When I reported back after seeing the movie, Nick asked: “And was Richard Gere hot enough for you, Marie?”

You really want to know how I answered………?

Time to get boisterous, noistrous, and loud! 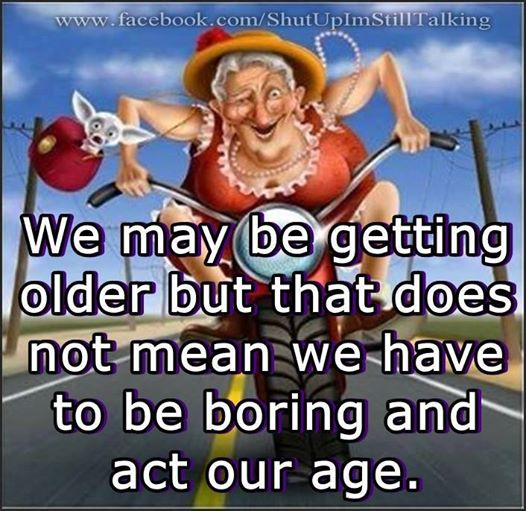 The other day my neighbour came running up to me in the driveway just jumping for joy! I didn’t know why she was jumping for joy. I thought, what the heck, and I starting jumping up and down along with her.

She said, “Sally, I have some really great news!”

She stopped jumping and, breathing heavily from all the jumping up and down, told me that she was pregnant!

I knew that she had been trying for a while so I told her, “That’s great! I couldn’t be happier for you!”

Then she said, “There’s more.”

She said, “Well, we are not having just one baby. We are going to have twins Amazed at how she could know so soon after getting pregnant, I asked her how she knew.

She said… “That was the easy part. I went to Wal-Mart and they actually had a home pregnancy kit in a twin-pack. Both tests came out positive!”

He was fascinated as he fingered through the old pages. Suddenly, something fell out of the Bible. He picked up the object and looked at it.

What he saw was an old leaf that had been pressed in between the pages.

“Mama, look what I found,” the boy called out.

“What have you got there, dear?”

With astonishment in the young boy’s voice, he answered:

Thank you Ramana for this weeks little tale>

A married man was having an affair with his secretary. One day, their passions overcame them in the office and they took off for her house. Exhausted from the afternoon’s activities, they fell asleep and awoke at around 8 p.m.

As the man threw on his clothes, he told the woman to take his shoes outside and rub them through the grass and dirt. Confused, she nonetheless complied and he slipped into his shoes and drove home.

“Where have you been?” demanded his wife when he entered the house.

“Darling,” replied the man, “I can’t lie to you. I’ve been having an affair with my secretary. I fell asleep in her bed and didn’t wake up until eight o’clock.”

The wife glanced down at his shoes and said, “You liar! You’ve been playing golf!”

Thank you Ian, only a golfer would send this to me!

There was this guy at a bar, just looking at his drink. He stays like that for a half hour.

Then a big trouble making truck driver steps next to him, takes the drink from the guy, & just drinks it all down.

The truck driver says, “Come on man, I was just joking. Here, I’ll buy you another drink. I just can’t stand to see a man cry.”

“No, it’s not that,” the man replies, wiping his tears, “This day is the worst of my life. First, I oversleep & I go in late to my office. My outraged boss fires me. When I leave the building to go to my car, I find out it was stolen. The police say they can do nothing. I get a cab to go home, & when I get out, I remember I left my wallet. The cab driver just drives away. I go inside my house where I find my wife in bed with the gardener. I leave my home, come to this bar, & just when I was thinking about putting an end to my life,…

you show up & drink my poison.”

Thanks to Robert, for this snifter of poison.

A man kills a deer and takes it home to cook for dinner. Both he and his wife decide that they won’t tell the kids what kind of meat it is, but will give them a clue and let them guess.

The dad said, “Well it’s what Mommy calls me sometimes.”

The little girl screamed to her brother,

“Don’t eat it. Its an asshole!

Thank you Frank, I hope you have had a word with your wife!